Year Round Events, Activities and Entertainment  in Ajijic & Chapala 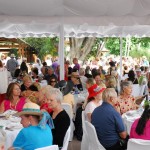 One of the favorite big events in recent years, at least for women, is a spring fashion show sponsored by Cruz Roja (Red Cross Mexico). Several hundred women and a few husbands show up for lunch and a view of very attractive women, most seniors, in popular and creative designs. They take the runway with the flair of celebrities. Since Cruz Roja has two ambulances and serves the Lakeside areas, their programs are well received.

A similar activity is the DIF Mexican program for helping families. They put on occasional fashion shows and other activities that generate funding for worthy causes.

The Chili Cook-off is a popular event that takes place in February and starts with a parade. I once rode my horse along with several other horsemen and women. The Chili Cook-off, however, is not about the parade but about tasting the variety of chilies offered at the fairgrounds, watching performances by dancing horses, dogs trained to run obstacle courses, mariachis, Flamenco dancers, and of course, there are products for sale, many of which are unique to our area of Mexico. The winner of the Chili Cook-off goes to the US finals, so this is no fly-by-night cooking contest. 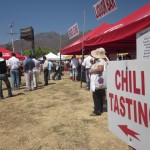 Speaking of cooking, a popular pastime is CASA, a club about cooking. Their foods are varied and sometimes exotic, but the toughest thing about this club is the variety of astoundingly delicious foods they prepare and compete in.

Read more about the Chili Cook off here

Since some of the ladies and men who participate in CASA are people I have known, I’ve asked them how much effort their club requires. “Dedication to good food” is the primary reply, based on hours of time along with spouses and good friends who serve as tasters. This group is not recommended for people allergic to kitchens for anything more than a cup of coffee.

There are many groups that benefit locals who live on the fringe, including families, children in particular, and animals. It is one of the nice things about this community that we recognize how much better off we are and we want to improve the standard of living of those who struggle. Nowhere else I have lived has proven so generous. 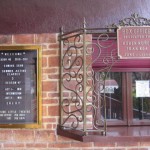 We also look after ourselves. Some retirees become involved in theater, singing or church groups. Among the latter we have pretty much every denomination you can think of. Some organizations focus, not on religion, per se, but on spiritual comfort, like the Unitarians. Another example is Open Circle, a popular Sunday morning gathering where you can believe what you want and simply enjoy the topic presented that day, anything from poetry readings to trips to fringe areas of the globe where a lesson can be shared about people in general; lately the Middle East has attracted a lot of interest.

A wide array of Social Groups

There are groups that associate with former military or political leanings. The American Legion, the Navy League, and Democrats Abroad come to mind.

Read more about the American Legion in Chapala here

This is just the tip of the iceberg. If you find yourself sitting around bored, there are people who would love to have your companionship and know how. Retirement is the best of times for those of us with enough money to make ends meet and the time to do things we’ve always wanted to do. In Mexico we can stretch money and do more. 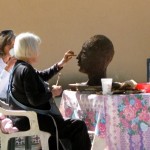 Would you like to paint, learn to take good photographs, write your family memoirs, a novel or humor? There are good teachers here, and plenty of supplies. The Lakeside area has been an artists’ haven for decades. And there are groups to support your efforts. All these groups offer new friends. I have been active in the Ajijic Writers Group and the Lake Chapala Writers Conference for years.

Of course, if you’d prefer to go it alone, you’re on your own. But I’ll bet you won’t be alone for long. This is a warm and happy community who make friends over dinner in a restaurant or walking along the malecon (a walkway along the water’s edge).

Whichever way you go, there are Mexican fiestas worthy of your attention, too. Part of the pleasure of living in a foreign country is learning about their culture first hand. It is hard to beat the Chapala Carnival which is much like Mardi Gras in New Orleans although not as heavily populated, fortunately, and they do not adopt masks or costumes except during a parade. It indicates the beginning of Lenten self-discipline. 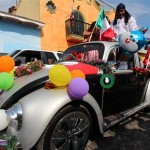 Independence Day (Día de la Independencia, September 16) parades can be found in many towns around the area, Ajijic being a central area of importance. Seeing school children marching proudly in their school uniforms, adorned with the green, white, and red ribbons that signify the Mexican flag reminds us of when the troops came home from World War II and we attended parades with great pride.

The night prior to Independence Day is El Grito (the Shout) when officials read the story of Padre Miguel Hidalgo’s call for insurgency against Spanish rule in 1810. This is not to be confused with celebration of the Revolution a century later in 1910. Día de la Revolución Mexicana takes place November 20.

Day of the Dead (November)

One holiday that is most often harder for us northerners to comprehend is Day of the Dead (Día de los Muertos). It has such a morbid name and a morbid looking skeleton dressed like a fine lady called Caterina. It is difficult to appreciate although there are resemblances to holidays like Halloween and others in every area of the globe, both Christian and pagan. Unlike Halloween which is intended to scare off evil spirits, Day of the Dead is a celebration of the lives of people we loved who are no longer among us. Rather sweet in spirit, no?

Read more about the Day of the Dead here 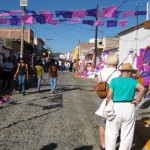 Let’s not forget the Mexican Fireworks.

Fireworks are much appreciated here but they are different in Mexico, incorporating some American style with Mexican. North American fireworks are shot off into the sky with the colors and sounds that have fascinated us with their beauty for generations, not as many but beautiful nonetheless. Mexican fireworks are built on structures that resemble an oil rig called el castillo. Multiple levels vaguely resemble pictures that become clear once they are lit up. Some are symbols of cultural importance, but most are of animals, heroes, hearts and other meaningful but fun caricatures. Once lit, the first level comes to life with color and movement, and when complete, the fireworks move up to the next level, each one causing appreciation and some “ooo’s and ahh’s”. The top levels become quite breathtaking sometimes, and the very highest level may spin and lift right off the rig, throwing fiery colors into the nighttime sky. 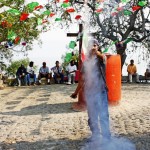 Combining traditional and religious holidays with Mexican history provides a sense of belonging and camaraderie with the local people gathered around you. If you give yourself to full enjoyment of what is to be found here, I guarantee your retirement years Lakeside won’t be boring.