Located in Riberas del Pilar, next to Mom’s Deli. It is easy to find. Just look for the Mom’s Deli sign on the side of the building and then the Lakeside Bridge Center sign on the arch over the entrance to both places. It is on the lake side of the carretera. 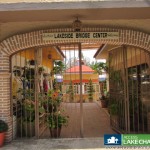 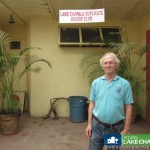 After you enter under the arch, turn left and you will see a small garden area and the Lake Chapala Duplicate Bridge Club sign. It is a welcoming place. If you love Bridge, you will love the Bridge Club.

I met Lew Crippen, president of the club there and he was kind enough to share some of his time to give me an interview. There are even several people who have moved to this area mainly because of the bridge club. That is devotion.

Lew and his wife moved here six years ago from Dallas, Texas. They have lived all around the world and have chosen to make their permanent home at lakeside. Lew played bridge in high school and college but didn’t play again until he moved here. He quickly became involved in the game again and four and a half years ago he was elected president of the club.

They only play duplicate Bridge at the club but Lew teaches both kinds so people can play regular bridge in their homes.

In existence here for over forty years

The club has been in existence here for over forty years. At one time they played at the Old Posada. They have moved at least four times since they were there. They have been at their current location for three years.

There are only a few full time Bridge clubs in Mexico. One is in Guadalajara. One is in Puerto Vallarta. Two are in Mexico City. One is in San Miguel de Allende. There are two part-time clubs that are only open in the high season. One is in Mazatlan and one is in Cabo San Lucas.

For the regular games, most people show up with a partner. There is an online site to request a partner if you don’t have one. It is chapalabridge.com. 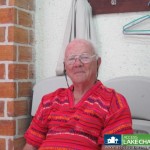 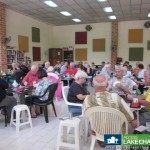 I talked with Dick Hanna, an avid Bridge player for over twenty years. He had an interesting insight. He said, “Bridge is a special language all it’s own, just like any other language.”

During the year they play four times a week in the afternoon. Anyone can play in the open games.

One tournament a year

They sponsor one tournament a year, usually at the Real De Chapala. Top players from all over Mexico show up. It is the second weekend in February. It starts Thursday night. It goes on into Friday, Saturday and Sunday. There are twenty to thirty tables each day, a hundred and fifty tables for the weekend. The cost is eleven dollars to play per session, per person. Just show up if you are interested.

Also members of the Lakeside Club put on a tournament once a year in Puerto Vallarta. It is the first weekend of November and lasts an entire week. 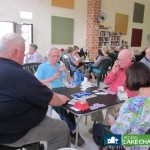 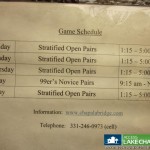 The American Contract Bridge League, (ACBL) is the governing body for Bridge in Canada, Mexico, U.S., Bermuda and the Virgin Islands. Interest in Bridge was at its peak in the 1950’s and 1960’s. It was to young people what video games are to young people today.

The Bridge Club sponsors at least three parties a year. One is coming up on July 13th. It will be held at a private home and it will be catered by Manix Restaurant. The parties are held in different places and the members get a discount price. They can bring a significant other but they have to pay a little more. The club subsidizes the meals for members.

They sponsor a party at Christmas and one before the Snow Birds go home.

I asked about the proportion of men to women at the club. Lew said, “We’re all old so there are more women than men.” He also said, “Overall because of its competitive nature, more top players are men. All of the best players in Mexico are men. But the two time National Champion is a woman. She doesn’t live here but she comes and plays sometimes. Her name is Karen Lee Barrett. She mostly plays in Puerto Vallarta with her husband. He is also an exceptional player.”

The Director of games makes sure that people play in a timely manner and they have a zero tolerance policy about arguments. If a player gets upset he or she gets a penalty. Then if it happens again, he or she has to leave the game. Bill Atim is the organizer. He appoints the directors and takes care of whatever else needs to be done to keep the games running smoothly. 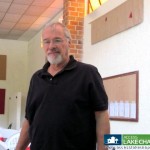 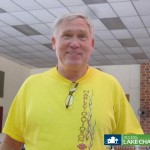 The treasurer is Steve Penning.

The current fees for a non-subsidized club are the lowest of any organized club. Most places charge eight to nine dollars per session. One reason is that it is an all-volunteer organization. There are six to seven people who do things on a regular basis, from directing the games to collecting the money. The volunteers get a few free games. There are seven people on the board.

They also have a book exchange at the club. Leave a book. Take a book.