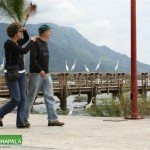 Jocotepec on the shores of Lake Chapala. The westernmost town along the north shore of Lake Chapala, Jocotepec has the fewest expats living there. For many years, it was the last stop for the stagecoach from Mexico City before arriving in Guadalajara, and its La Quinta hotel was one of the very first along the entire Chapala lakeshore.

The history of the town dates back to 1361, and Jocotepec was founded in 1529, just 20 years after the conquest of the Aztec capital of Tenochtitlan, now Mexico City.

Although never a retirement haven, “Joco” has long had a nontraditional and sometimes quirky relationship with expats. As recently as 1978, a bar on the Jocotepec plaza was the only place in the extended Guadalajara metro area serving green beer on Saint Patrick’s Day and a visit on March 17thwas a ritual for many US residents in the city.

Allen W. Lloyd of Lloyd Real Estate and Insurance fame lived in Jocotepec and is credited with reviving the art of handloomed sarapes there.

The Jocotepec coat of arms was commissioned by the city fathers to commemorate the 450thanniversary of the founding of the town. Interestingly, it was created by Austrian artist Georg Rauch, who lived just east of Jocotepec with his artist-writer wife, Phyllis. They created Los Dos as a charming bed and breakfast inn

Jocotepec a small but traditional town

Posada El Pescador is another of the lesser-known but delightful hotels. It was built by Doctor Mario Gonzalez Barba, whose cousin Silvano Barba Gonzalez – then Governor of Jalisco – commissioned the Los Arcos monument near Guadalajara’s Minerva Fountain in 1939. Although Mario served as mayor of Jocotepec from 1959 to 1961, his vocation was in medicine rather than politics. Today, the doctor’s son Mario and his wife operate the Posada El Pescador hotel and cottages.

As in other small, traditional Mexico towns, much of the social activity centers on the plaza, and Jocotepec’s plaza is delightful, with two beautiful churches facing it. The parish church of San 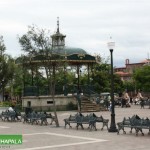 Francisco is situated on the site of a 16th century chapel. It houses an image of Christ on the cross carved from the wood of a guaje tree, and this miraculous statue – known as El Señor del Monte – is the focus of a yearly festival in early January. A second image carved from the same guaje tree is venerated as El Señor del Guaje and merits its own fiesta later in the year.

In 2004, the malecón or beachfront promenade was begun. Remodeled and refurbished by subsequent administrations, it is an enchanting location to take a walk or to enjoy the sunsets over Lake Chapala. A party boat, the Fiesta Lago Chapala, has operated on the lake since July of 2008, sailing from the Jocotepec malecón. 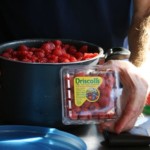 Since 2009, the town is the site of Driscoll Berry Farms operations, a major exporter of organically grown strawberries, blackberries and raspberries.

Expats living in Jocotepec tend to speak Spanish and integrate with the Mexican community. Prices in general are lower than in Ajijic. Yet the town’s location between Ajijic’s cultural and social activities and the shopping options in Santa Anita outside Guadalajara – including Costco – make this an ideal Mexico retirement locale for some.

Jocotepec’s real estate choices run the gamut from traditional Mexico village homes to beautiful walled estates. A new and unique housing option is the Casa Geo developments. Single family townhouse homes in a Mexican neighborhood are small but brand new, and prices begin at only $650,000 pesos.

Take a look into some of the properties in the area:

More on this town:
Visit to the Driscolls Jocotepec Raspberry Farm
Wikipedia page of Jocotepec 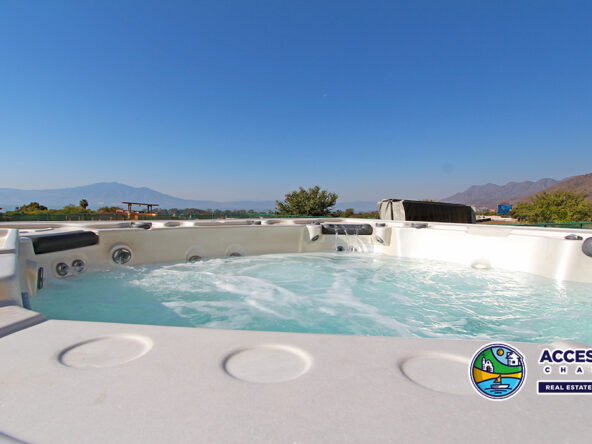 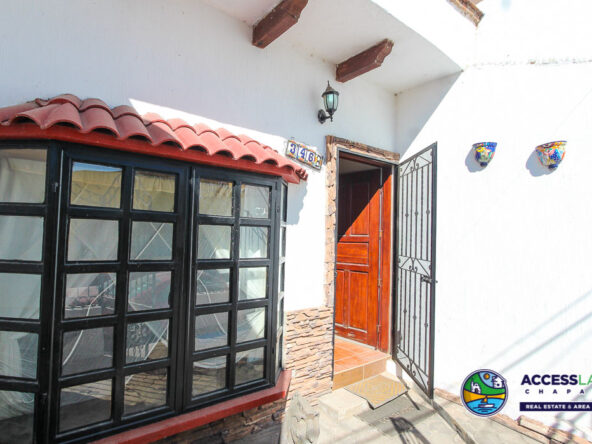