The Zombie Thriller dance is an annual event and although it is a worldwide event preformed to raise money for charities, it just recently started in Ajijic in 2010, thanks to the expats and locals getting together and organizing such a fun even in which money raised goes to charities, one being the Red Cross. Weeks of practice is put into the Zombie dance before the event even takes place and all ages participate, including your children who dance along with their parents and friends.

In previous years the dance used to be held at the Ajijic plaza. The participants starting increasing and the space got sli at the Plaza, so since 2019 it has been moved to the Ajijic Malecon, just west of the skate park. The performers first go to the cultural center on the plaza for makeup. This takes an entire afternoon. After everyone has been transformed into zombies, they walk to the basketball courts on the malecon. 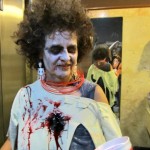 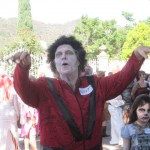 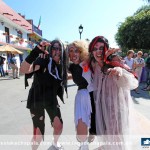 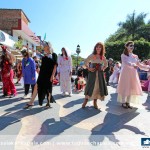 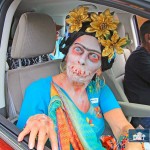 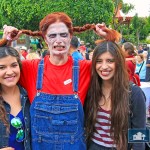 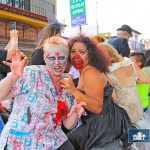 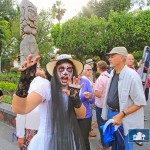 The dance lasts about 6 minutes but so much more time, effort and makeup is put into it, not to mention the various costumes the participants put together.  It usually starts right in front of the ¨Jardin¨ restaurant in the local Ajijic Plaza, but make sure you come as early as possible to get some pictures of the Zombies and a good spot in front since a crowd gathers quickly around the event, leaving you without a clear view when the dance starts. Better yet, if you can reserve a table at the Jardin restaurant for this day, you will have a first row seat.

One thought on “Zombie Thriller Dance”