At the eastern edge of Ajijic village, La Floresta is a neighborhood of majestic trees and spacious homes, many of which were weekend houses for people from Guadalajara. Yet its charm was known much further abroad – even former president Gustavo Diaz Ordaz (1964-1970) had an estate in La Floresta. It is considered one of the most desirable areas to live in by expats comparing to other subdivisions with the Lake Chapala area. 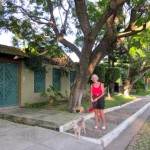 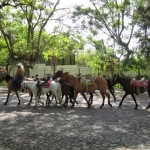 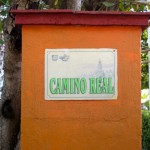 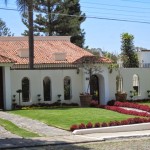 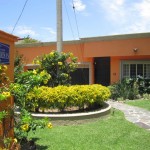 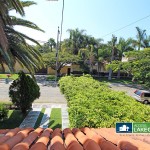 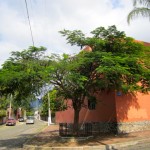 Famous Camino Real hotel on the Chapala Mexico lakeshore attracted city dwellers to relax in the peaceful ambience of La Floresta, and gave its name to one of the avenues there. Today named the Real de Chapala, it is one of the largest Ajijic hotels with 80 spacious rooms; its 5 individual suites each have small, private pools. The hotel’s pleasant gardens are the perfect spot for an icy drink and a sumptuous meal, enjoyed while listening to the musicians who serenade diners on weekends.

The Club Nautico, Lake Chapala’s second yacht club, is situated alongside the Real de Chapala. Only members are admitted. Nearby on Camino Real street, toward the carretera, horses can be rented for a ride through the village or along the lakeshore. Many people refer to it as the Paseo del Caballo. Below you can see a detailed Google Map which lists the limits of the subdivision, the horse tracks, Auditorioum and the Hotel Real de Chapala.

By viewing the map above you can quickly see that San Antonio is towards the east (Walmart, Centro Laguna shopping center, Superlake etc) and Ajijic (Malecon, Plaza, restaurants etc) to the west. Its location is one of the reasons why this area is considered one of the most desired places to live. It is close enough to walk to shopping, amenities and activities in both San Antonio Tlayacapan and Ajijic, but far enough away from any loud festivities that these local towns celebrate. At the eastern edge of La Floresta on the lake side of the highway, the Lake Chapala Municipal Auditorium is a cultural center with excellent acoustics. Its stage is large enough for an 80 piece orchestra! Concerts, dance groups and theater functions of all kinds are offered here throughout the year.

Driving through La Floresta seeing its Real Estate and well keep manicured garden is a true treat. The Ajijic plaza is an easy walk from lower La Floresta, yet its home sites tend to be much larger than in the village. Across the highway, Upper La Floresta is a beautiful gated community with a mix newer homes and well kept haciendas. Depending on your budget you can find great homes for rent and sale, rentals starting at about 700 USD up to 2,000 USD and 150,000 USD up to 800, 000 USD for some of the more luxurious spacious homes. 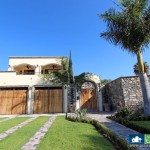 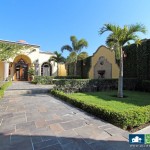 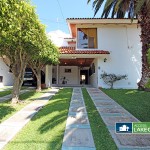 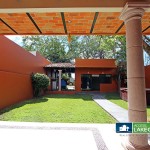 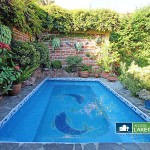 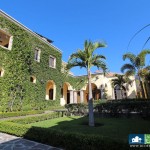 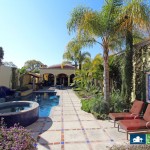 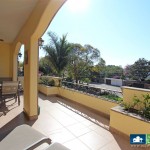 Subdivisions: This neighborhood consolidated three in 1974, and its homeowners association efficiently oversees services on both sides of the carretera.

Its board of directors includes both Mexican residents and expats, reflecting the approximate ratio of 50% foreign neighbors living there. Garbage collection is handled by the association, and La Floresta has its own private security force, covered by a monthly maintenance fee.

Virtual Walk Through Videos of Homes

Take a look into La Floresta’s Past

The original development company was named “Jalisco Turista S.A. de C.V.” which started developing the land back in the 1960s and thanks to them La Floresta has become what it is today. The first areas to have been built was the Hotel Real de Chapala, Club Nautico, El Castillo de La Floresta and the Trailer Park in Upper La Floresta which has now been converted into small homes called “Villas la Floresta”. The main vision the developers had was to make La Floresta a mini town within Ajijic, having its own Hotel, Yacht club, Shopping Center (El Castillo) and Trailer park. Take a look at the first image of an Aerial Picture taken back in the early 1970s, most of La Floresta was not built yet, not even the El Torito shopping center. It is a clear glimpse into the past of what La Floresta and Ajijic once were. (Photography Credit for below images belong to Fernando Martinez Redding), 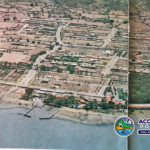 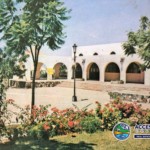 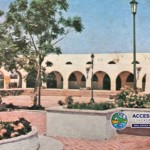 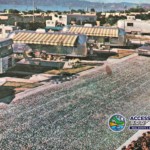 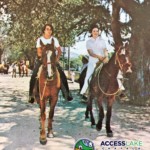 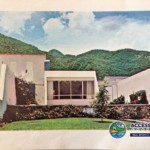 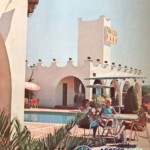 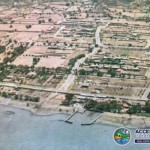 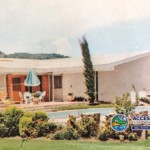 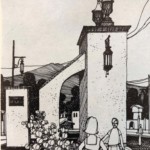 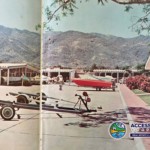 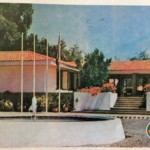 My heart Is In Lower La Floresta In Ajijic Mexico