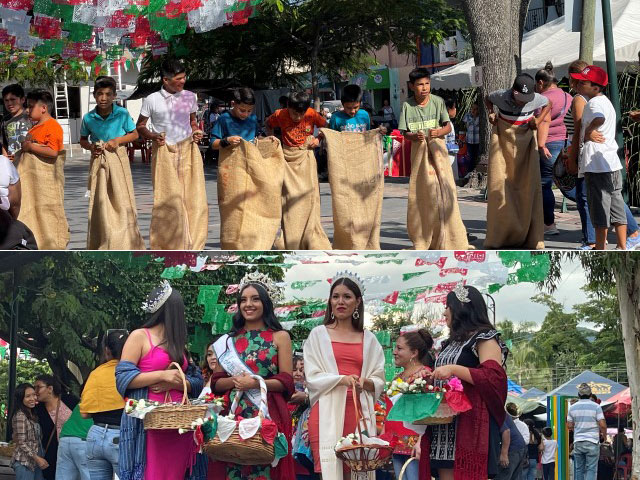 September is one of the most celebrated months in the Lake Chapala & Ajijic Mexico region due to the Mexican Independence Day traditions, which were in full swing this year after also being suspended as all other major events over the past 2 years due to COVID-19  restrictions. 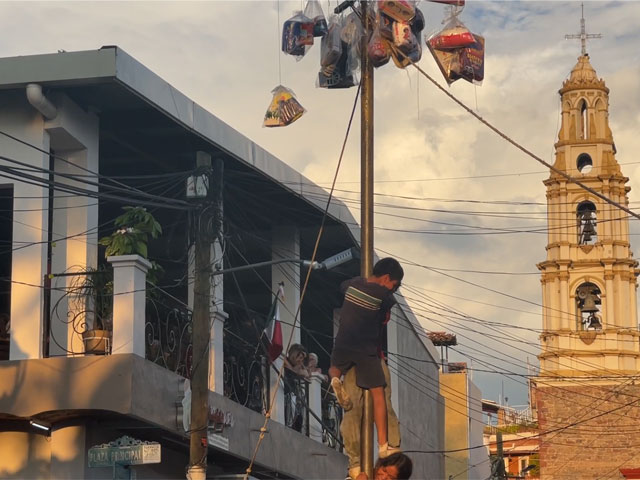 They started out with the “Juegos Tradicionales”, which means traditional games. These are held in the afternoon before the Mexican Independence celebrations. The adults hold traditional games for the kids as the greased pole, hot dog eating contests etc.. 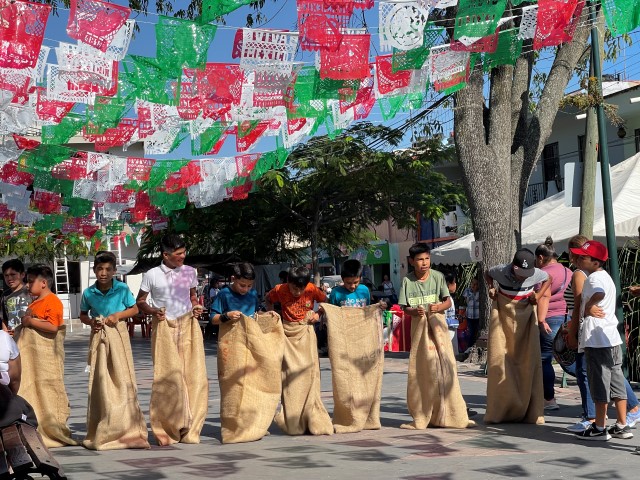 The sack races around the Ajijic Plaza is by far the best to watch. They start of with the boys of a certain age group and then move on to the girls as well. The kids race around the Plaza and the winner usually gets a prize.

The Rebozo in English means “Shawl” and is an important clothing item for Mexican women. This event was started years ago which consists of local Mexican women parading around the Ajijic Plaza showing their best Rebozo “Shawl”. 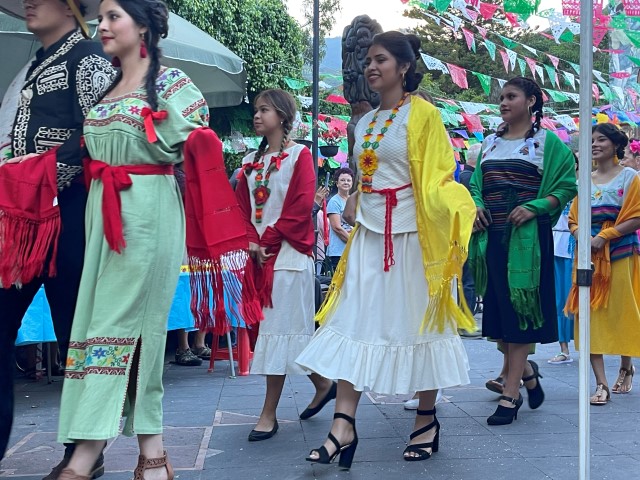 Women and even young girls of all ages show of their “Shawl”. The picture above you will notice younger teen-age girls’ dressed in traditional Mexican outfits and wrapping their Rebozos around their shoulders to show all the by standers. 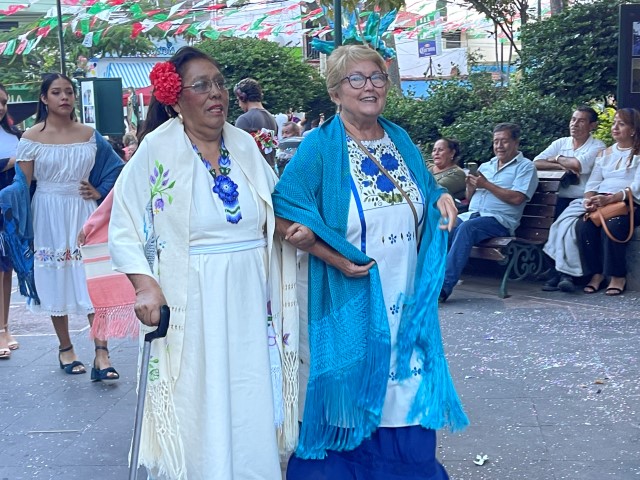 During the Rebozo parade the plaza is usually filled with confetti as you can see in the picture above, these two older ladies wore beautiful white and blue Rebozos for this colorful event. 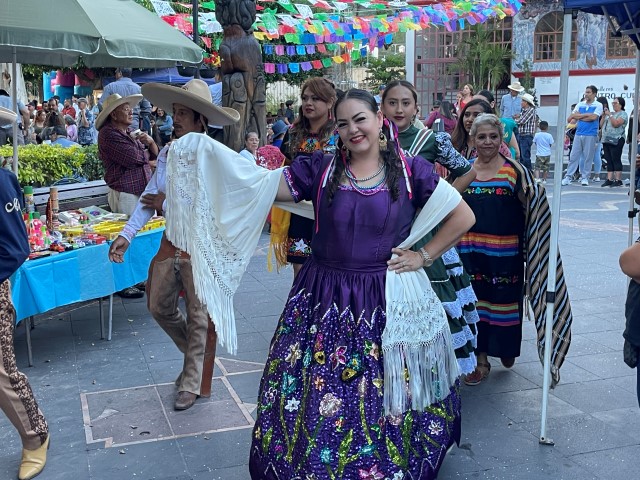 This younger woman wore a beautiful purple “Escaramuza dress” with a white Rebozo. Notice the Mexican Charro (cowboy) right beside her also participating in the parade. 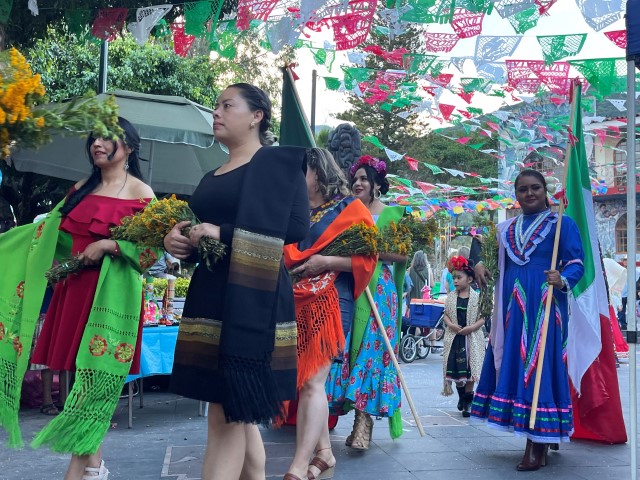 Carrying  the Mexican flag and flowers for the ladies is also part of the tradition, since they are celebrating the Mexican independence day. 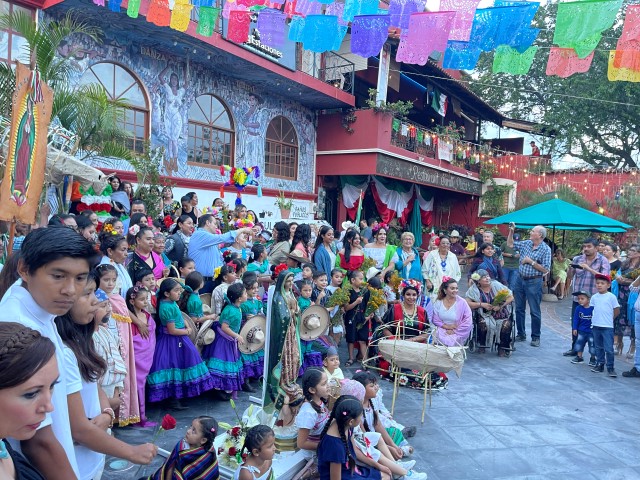 After the parade, all the participates got together to take a group picture with the Municipal President of Chapala “Alejandro Aguirre”. It is a wonderful tradition to see, so make sure you visit the Ajijic Plaza on September 15th to see all the beautiful Rebozos

Combate de Flores, means war of the flowers, it is held each year in Ajijic, Lake Chapala Mexico. Plazas in towns of all sizes started a tradition of using flowers as a way for young men to express their interest in young women of their choosing. 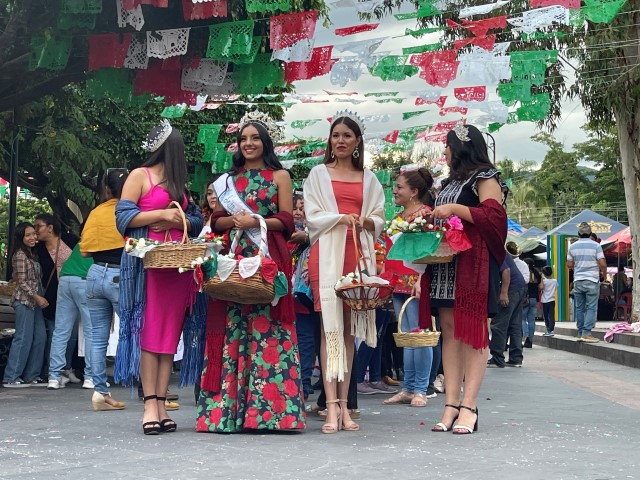 The women could accept that attention or not. The band played a traditional song called “Papaqui” while the boys walked in one direction around the plaza and the girls walked in the opposite direction. 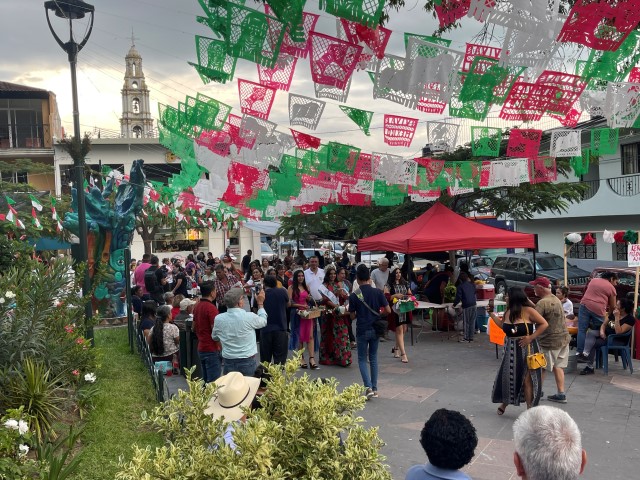 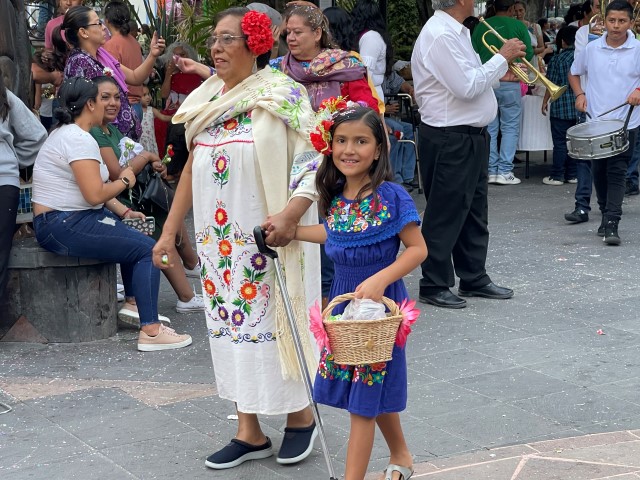 Above you can see a great grand mother and a great granddaughter participating in the event. Both looking beautiful with their traditional Mexican dresses and Rebozo. 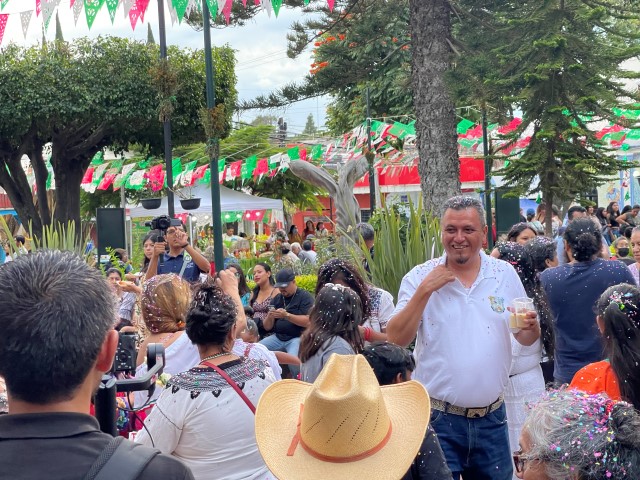 At the end of the Combate de Flores confetti is thrown on all the participants. So be prepared if you come to the Plaza during this event, since you will be filled with confetti. 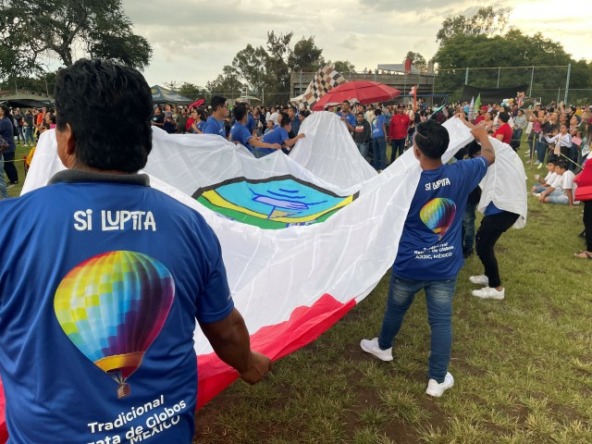