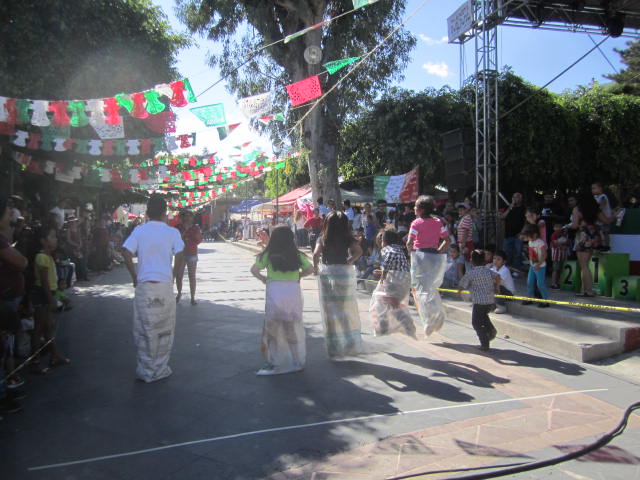 The Independence Day (Fiestas Patrias) celebrations went on for over a week. Starting September 7th with the coronation of the queen and ending September 16th, Independence Day, with the parade. I only made it to a few of them. I missed the flag raising ceremony at six in the morning, the coronation of the queen, the ballet folkloric, the reading of El Grito proclamation at eleven thirty at night, the youth mariachi, the various dances, the cowboy mass and blessing of the horses, the foot race, the fishing tournament, the ceremonial torch, and I am guessing that I am also missing events in this summation. This is the biggest holiday of the year.

The children’ games were held in the Ajijic plaza on September 15th. The event lasted from late afternoon until eight at night. The children never tired. It was constant activity.

The adults had a foot race in the morning and the children had theirs in the afternoon. They had several foot raises because they were divided into different age groups. The youngest children went first. I wasn’t convinced that a couple of them understood what was happening.

The winners were awarded golden medals to wear around their necks and to eat. The medals were filled with chocolate.

Children who didn’t join in the games were sitting on the sidelines. I liked seeing the twin boys in their matching outfits. Maybe next year they will be old enough to participate.

Some of the games had special ceremonies to honor the winners; first, second and third places. This took a lot of time. Rounding up little children after an event was as bad as trying to round up kittens. Once an event was over, they were off to new adventures.

All of the races were divided into age groups. Those flimsy sacks were hard to hold up. But that didn’t stop the children from trying, even though some of their friends fell along the way.

The street dog in the photo above was hanging out with the children during all the games. Even running some of the races with them. No one minded.

The donut eating contest was fun to watch. Even the losers were winners with mouthfuls of donut sugar.

The Apple eating contest was more challenging. The apples were much larger than their mouths and slippery.

The wheelbarrow race came late in the games. The children were having a hard time with it. Many fell along the way. Some complained that the cement was hot and burning their hands.

This game entailed a big platter, filled with whipping cream and coins. The challenge was to get a coin by mouth from the cream. You can see the result.

Another coin in cream game participant. He was wearing his cream like a badge of honor.

Since most of the coins weren’t dug out of the cream, the judges threw them to the children. Anxious children held up their hands to catch the cream covered coins.

And another race. This one was even more difficult because the participants had to carry a spoon in their mouths with a ball balanced on the spoon. Many balls fell and rolled away.

The sandwich contest. Lonches. They are made with fat bolillos, which are like mini French breads. The participants had to eat two lonches each. I can’t even eat one because they are too large for me.

I enjoyed watching the victory dance. Her mouth was still stuffed with remains of her second sandwich but that didn’t stop her from dancing.

The beer drinking contest was won by a man. His prize? A bottle of tequila.

My favorite eating contest was the one with chilis and tequila shots. I loved watching the expressions on their faces. I couldn’t have done it.

Traditional Mexican food was being served up in different booths around the plaza.

The highlight of the games was the greased pole. The first pole had to be replaced because a distracted driver ran his/her car into it and bent it.

I didn’t witness this little accident so I have no details. But how can a person not notice a big pole in the middle of the road? The result of having too much fun?  It took awhile to replace the pole, delaying the games a bit.

This year there was a girl’s team. They reached the prizes at the top before the boy’s team could do it. Good for the girls. I like to see girls win. Notice how delicately she takes down the prize.

This young girl was patiently waiting for the next event.  Maybe she was thinking about joining in the games next year when she would be older.

Although this event was created for children, everyone was welcome, young and old. (Even the dogs were welcome.) Are we ever too old to have fun? I hope not. If you are in town next year, I hope you will join us in the plaza for the games. 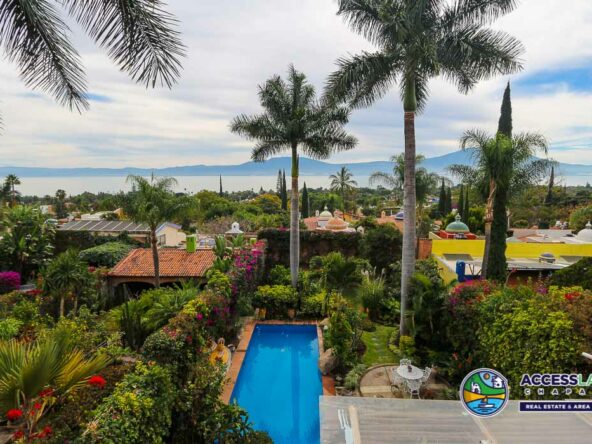 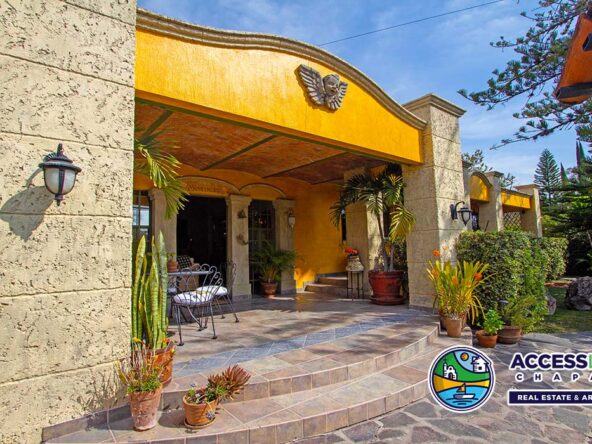