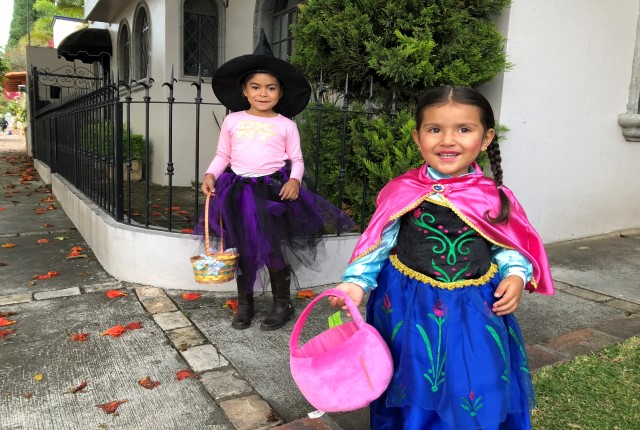 Halloween is also called the Día de las Brujas in Spanish. The Day of the witches. We are going to follow some little witches and goblins on their trick-or-treat adventure and I will give you some facts along the way. Maybe a few things that you didn’t know.

Halloween in Mexico is not a public holiday but it is celebrated just the same. Not in any different ways than in the USA or other countries around the world. Maybe the words used were at a bit different at one time. They said, “Queremos Halloween”  which meant  “We Want Halloween”. Now I just hear them shouting, “Trick-or-treat.” 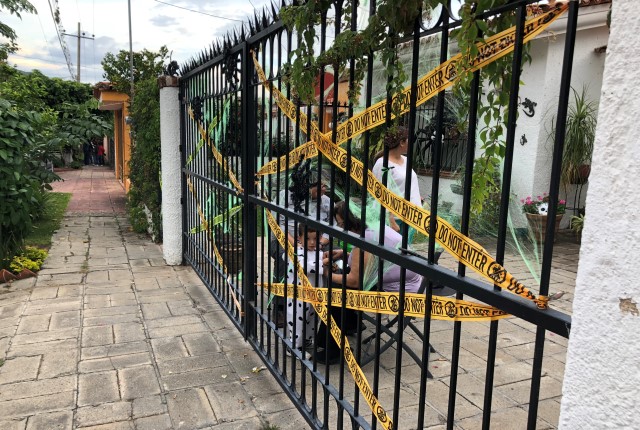 Halloween stems from the rituals of Samhain, which was a pagan holiday. It was also known as All Hallow’s Day, meaning All Saint’s Day because it happens before the eve of All Saint’s Day. 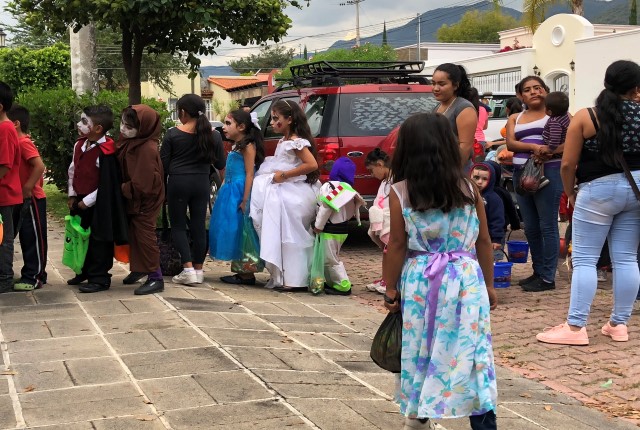 Samhain began the evening of October 31st and ended the evening of November 1st. It was a Gaelic Festival in Ireland marking the end of harvest season and the beginning of winter or “darker half” of the year. 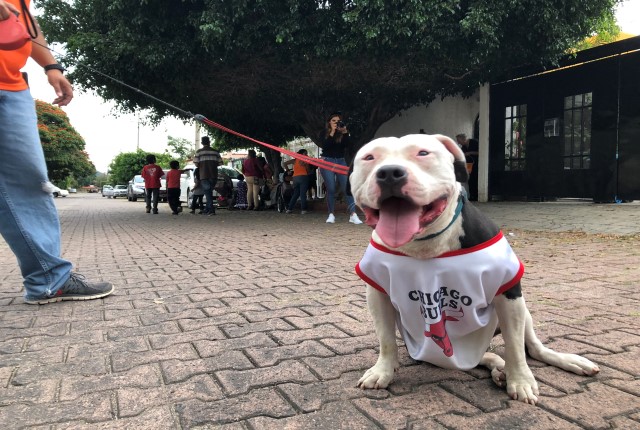 (I forgot to mention that there might be dogs along this Halloween journey.) Back to history. The “darker half” of the year is half way between the autumn equinox and winter solstice. 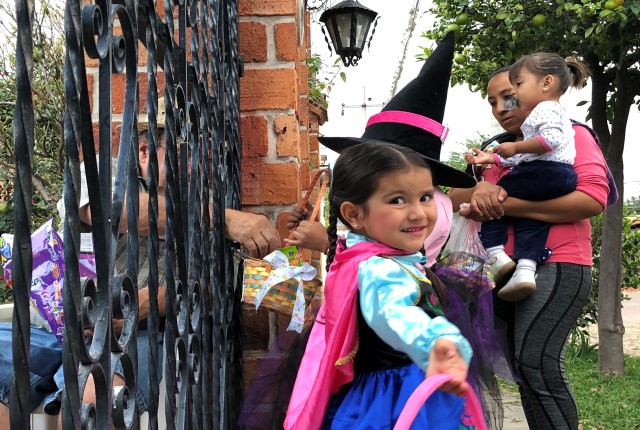 At the beginning of this holiday, Samhain, people went from do0r-to-door in costumes, reciting verses in exchange for food. 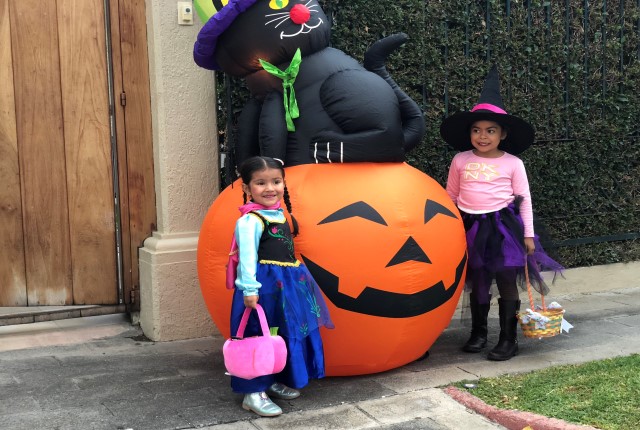 Halloween and the Day of the Dead combine indigenous rituals with the Catholic Feast days of All Saints and All Souls and it makes light of death. 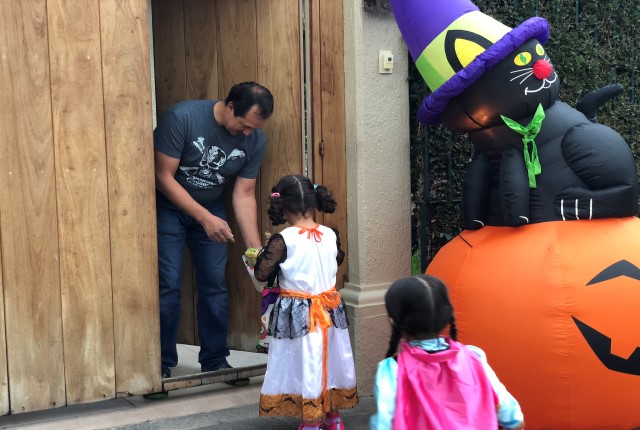 These days of celebration and mocking of death start with Halloween on the 31st of October and continue through November the 2nd. Mexico rocks with celebrating children and adults. 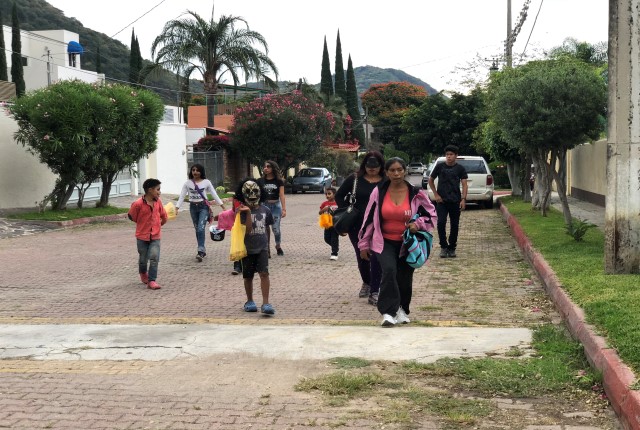 Cohates (loud fireworks) start going off on the first day of the celebration and continue day and night until the very last altar is removed from the plazas and people drop from exhaustion or drink. 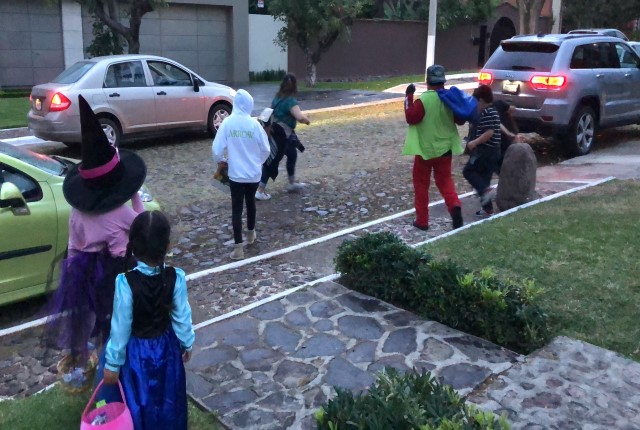 Some historians say that Halloween started in 1745 and was called Hallowe’en. It was of Christian origin. Hallowe’en was a Scottish term for All Hallows’ Eve (the evening before All Hallows’ Day.) 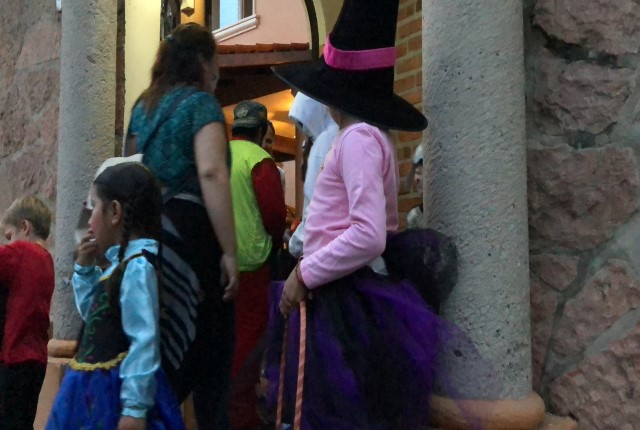 Others believe that it was Irish Origin, before the Christians. Others say it maybe originated in the Roman Feast of Pomona, the goddess of fruits and seeds. 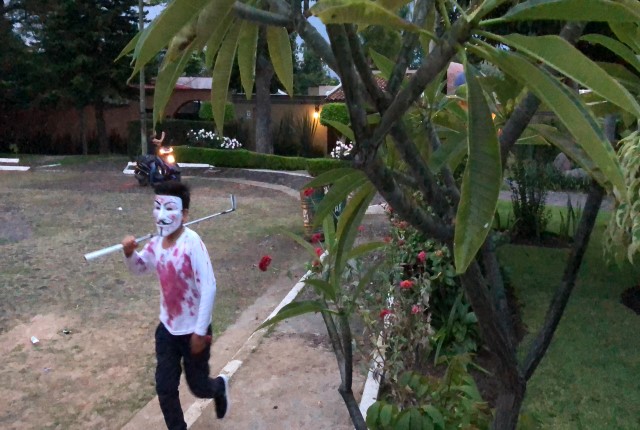 So we trace the origin of this holiday further back in time. I wonder how far back it really goes. Maybe to the cave man trying to scare away the dead on those long, dark nights??? 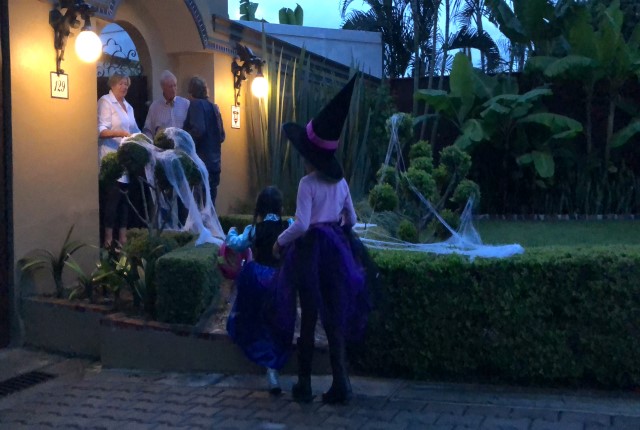 Darkness has now arrived in our little adventure with the witches and goblins. But that hasn’t stopped their trick-or-treating. 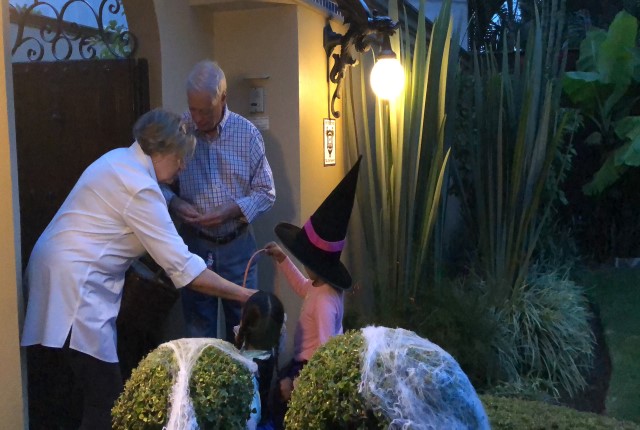 The little witch with the big pointed hat is getting to the end of her journey. It looks like the couple giving out the candy are also towards the end of their stash. Good thing it is almost over. 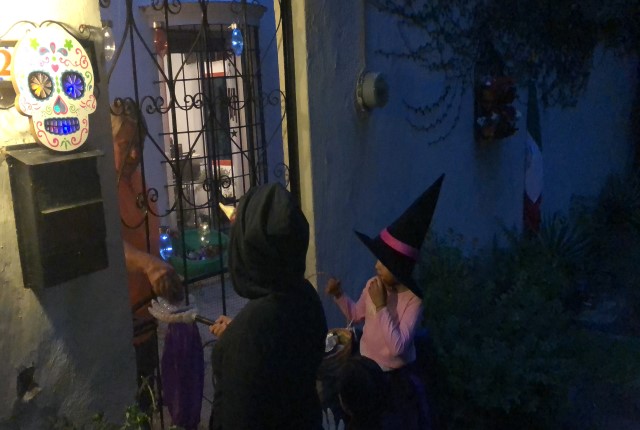 I like the above photo where the woman is giving out candy through her locked iron door.  Do you think she is afraid of that little witch or the big white hand that is reaching out from the black hooded figure?

Probably she is just a cautious soul. You can’t be too careful on these dark Halloween nights…… Happy Halloween everyone and now we are on our way to the Day of the Dead celebrations.