Lake Chapala During the Rainy Season 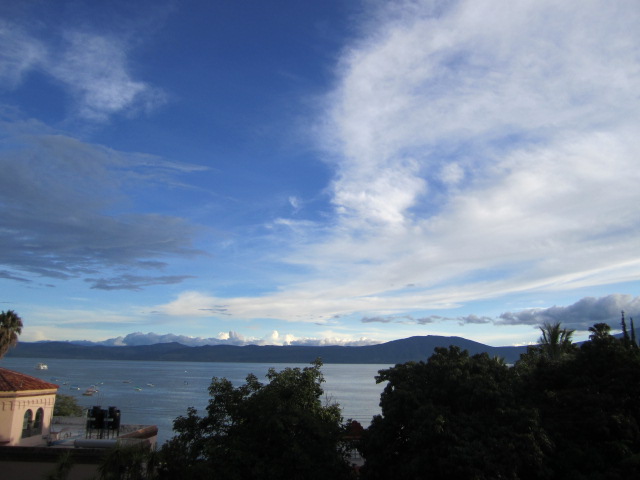 The rainy season at the Lakeside is my favorite time of the year. It is also the low season. There is still plenty of activity here then but the streets and restaurants are less crowded. The rainy season usually starts in June and lasts through September or sometimes even October.

There is a second mini high season through part of the summer when the Americans come in from the hot states. Mostly Texans.They come down to cool off. There is a rumor going around that it never rains during the day here in the summer. It does. There can be several days in a row that are overcast. Especially when there is a hurricane coming through along the coast. But it is pleasant even on overcast days.  I like to go to the Lake Chapala Society in the mornings. As you can see from the above photo, we get many different berries during the summer months.

Once a month, the Lake Chapala Society has a games day. They play domino games and card games and there is an open bar in case you are in the mood for a Bloody Mary or other mixed drink. Because it is the low season, there were only two tables the Saturday that I visited. The bar wasn’t open either. Sometimes during these months the people who live here year around take vacations. I think that was the case with the people who usually took care of the bar.

Do you like to play Mexican Trains? Here is the place to meet new friends and enjoy that game.

I like that little key chain in the above photo of the Mexican Trains game.

The games are held in the back garden at the Lake Chapala Society. They are always on a Saturday. Because it was such a small group on the day I went, I decided to investigate what else was going on there. Below is a photo of where the card and domino games are set up. They are easy to find. Just walk to the back of the garden area or else go in the back gate. You will see the group.

As you can see from the above photo, the restaurant on the LCS grounds is very quiet during this time of the year. I enjoy sitting alone there with a cup of coffee and maybe one or two friends. It is peaceful.

The Open Circle meets every Sunday morning, rain or shine. It starts at 10:00 a.m. People come for coffee, tea, sandwiches and cookies. But mostly I think they come for the friendships. It is a place where they get to see people that have been too busy during the week to stop and talk. This is an active group of expats. The lecturers are different every week and on a wide variety of subjects. It is over by 11:30. After that, many of the participants go out to  lunch together.

The above photo is of the pond on the LCS grounds. The ponds and the gardens are lush this time of the year. Flowers bloom here in all seasons but the rainy season is spectacular. Flowers and greenery are everywhere.

On Saturdays the Children’s Art group also meets in the back patio area of LCS.  I like to see them at work on their creations.

The mural was recently created in honor of the Children’s Art Group. Some of the teachers and students are depicted in it.

After investigating the events at the Lake Chapala Society, I decided to walk out on the Malecon. It is a block from the LCS grounds.

When it is a windy day, people bring out their kites. 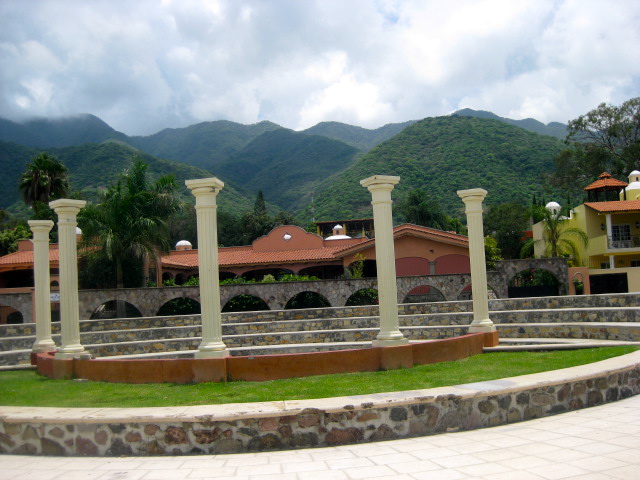 Above is the amphitheater at the Ajijic malecon. Notice how beautiful and green the hills are behind it. They get brown during the dry season. 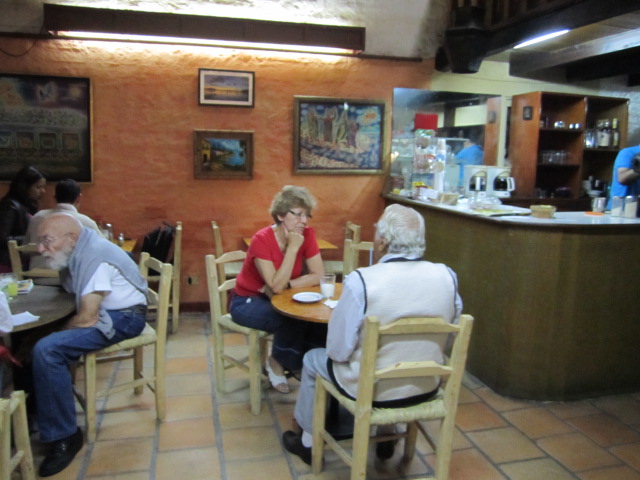 If it starts to rain, there are many restaurants and coffee shops to duck into and rest until it stops. It usually doesn’t rain for very long and then the sun will come out once again.  Below is a photo of the Chapala malecon. The clouds are there but it is still a beautiful blue sky. I love walking the malecons on days like that. The rains have cooled things down. Everything is clean and fresh.

There are always fresh fruits and vegetables in the markets but during the rainy season there are even more. Also, it is a time when many exotic fruits are available. 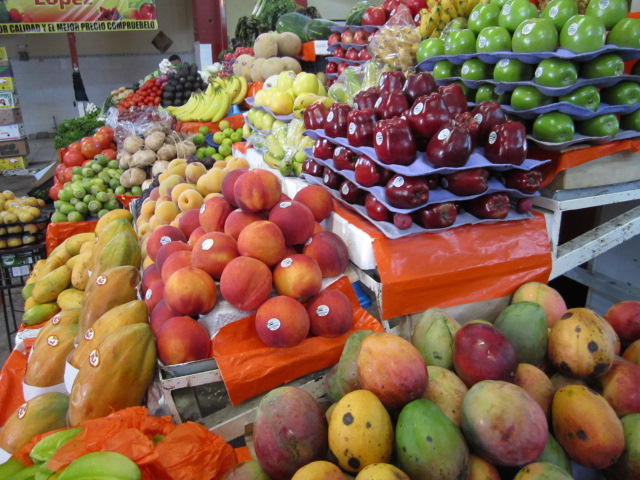 Fruits and Vegetables in the Market
Below is a photo of a flower stand inside the Chapala Plaza Market. During the rainy season there are also many more flowers available. 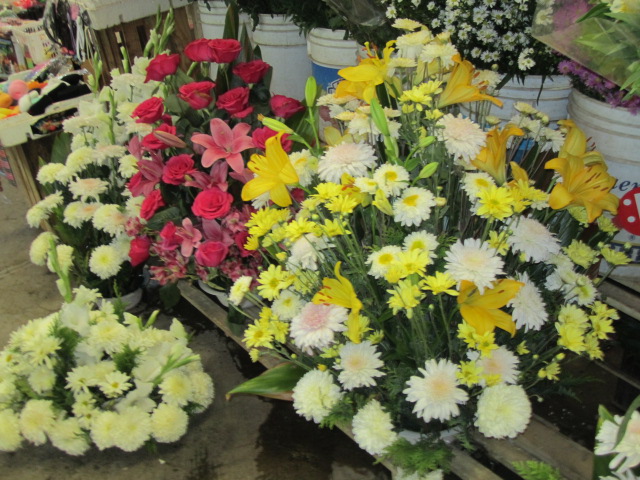 Flowers in the MarketIhave many reasons to love the rainy season, from the beauty of the landscape to the less crowded restaurants. It is a special time of the year.

Can Am (Canadian American) Celebration At LCS 2012

3 thoughts on “Lake Chapala During the Rainy Season”