Located slightly West of Ajijic, these subdivisions both have history that dates back over a century where during the 1920s several mines operated in the area during a gold rush, all located in Rancho del Oro (translation: the golden ranch) and Villa Nova. Many streets are still named after mine related terms, such as “Calle de los Mineros” (Miners street) & “Cajeon de la Mina” (Mine alley). There are still some gold mines in the mountains of Rancho del Oro but are now considered very dangerous to enter. Several properties that where gold mining operations where miners used to process gold through panning and some even have old minning tools used back in the 1920s 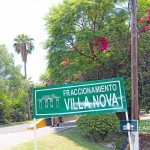 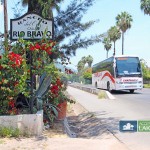 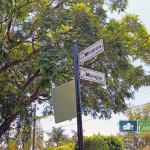 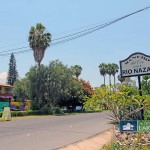 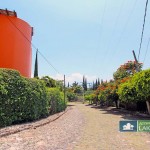 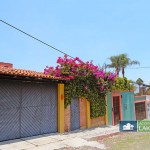 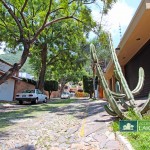 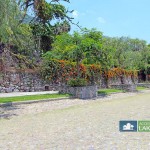 Fraccionamiento areas are considered residential, although Rancho del Oro is not gated or enclosed such as a Condominium, Villa Nova is and considered a “Fraccionamiento“, which  means it is a planned community but not gated. The streets between both areas inter connect so although they have separate names they are very much bound together

The Villa Nova area is marked in red on the map below, its limits begin on “Rio Lerma” street and go west all the way to Rio Mazas and Rio Bravo street, where Rancho del Oro, which is marked in yellow, is considered to start. We have marked a walking path, which starts on Rio Bravo street and goes all the way to the Ajijic Plaza, the distance to the center of Ajijic is about 2km, a 20 minute walk.

To see a more detailed map of the different subdivisions, fraccionamientos, restaurants, business’s and more, check out or Lake Chapala Mexico Location Map:

There is a variety of different homes in the area, from large amazing properties with breathtaking views, vivid colors and flourishing Bougainvillea plants located in its majority uphill towards the mountains to small apartments with basic living features. The Real Estate pricing can can anywhere from 170,000 USD up to 800,000 USD for the larger properties on the mountaintop. Rentals can start at about 600 USD for a one bedroom apartment up to 2,000 USD for a larger home. To see some examples of houses check out the properties we have listed on our site. We have also archived many pictures and virtual video walk through of homes located in both areas, we have included a few below.

The picture set below includes homes in both sections. As you will notice below the Bougainvillea plants are blooming beautifully in many of the homes. You will also be able to see the front of “Las Minas” property, where it was known to be a mine operations  property in the early 1900s. 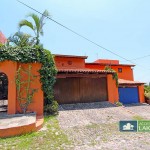 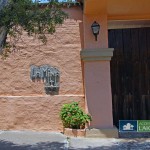 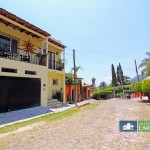 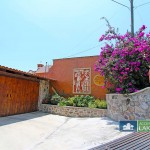 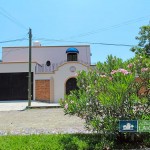 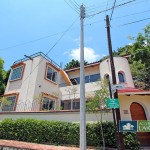 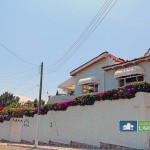 Living in Rancho del Oro or Villa Nova is a privilege few get to experience. Overall it is a wonderful neighborhood, far away enough from town to make it a quiet location and close enough to walk for accessing shopping, restaurants and the center of Ajijic culture, such as the Plaza. Out of the many inquiries we get regarding the closest and quietest area surrounding Ajijic, they make the top 3 next to La Floresta. 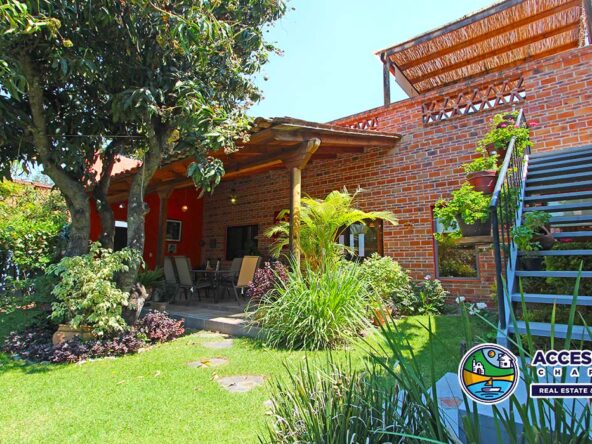 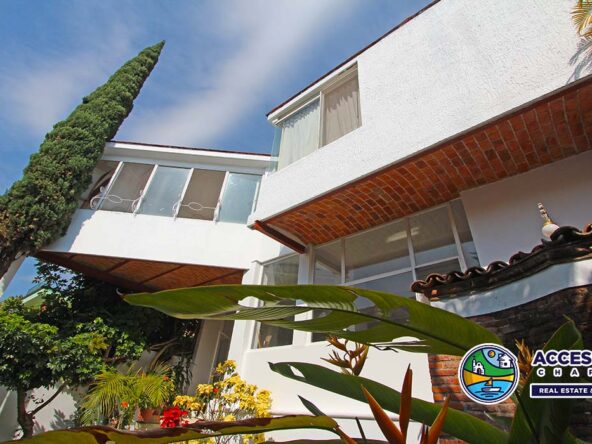