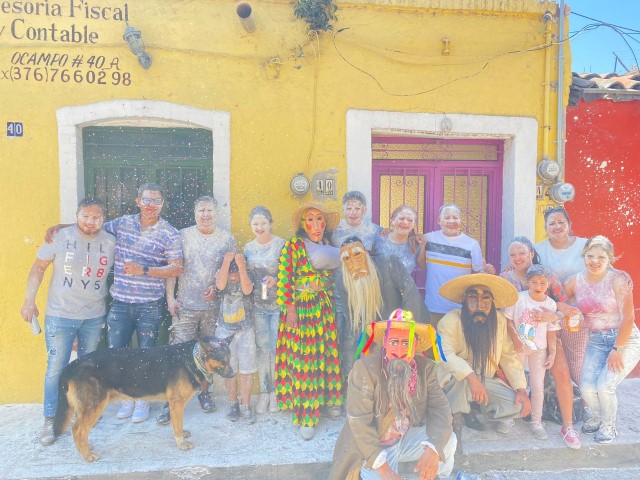 With the new times of COVID19 and everyone adapting to the new way of living, the festivities in the area where cancel last year, returning this 2022 with all the safety measurements. 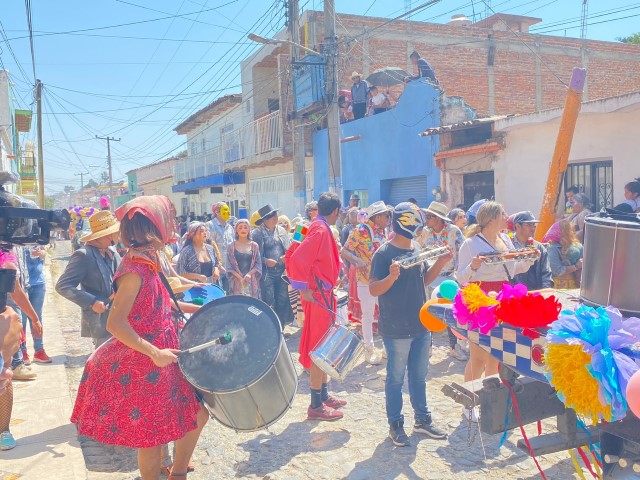 Every year in February we celebrate in the lakeside “Carnaval Chapala”, this is a tradition that is celebrated in various part of the world such as Marty Gras in United States or Pancake Tuesday in the United Kingdom. In Mexico is mostly related to the catholic religion and the days of celebration are selected 40 days before what we call Holly week, one-week before Easter weekend, with the main celebration every year being  in a Tuesday,  the reason why we call the last day of the festivities “Martes de Carnaval Ajijc”

On this day the town of Ajijic is filled with in a  white cloud, filling the street and town with flour. 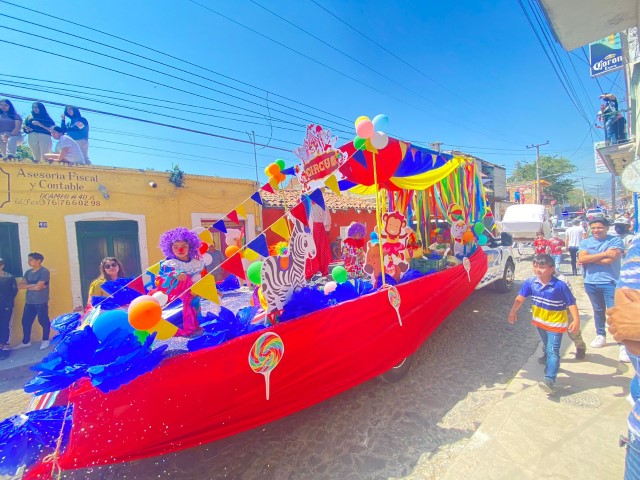 The tradition is contemplated of typical music, dance and the Famous “Sayakas”  being the main entertainment of the parade the Sayakas are masked characters dressed as women (somewhat exaggerated in their attributes) that dance trough out the streets of Ajijic looking for their victims. The Zayacas come armed with a bag full of flour, which they throw at children and people watching the parade. 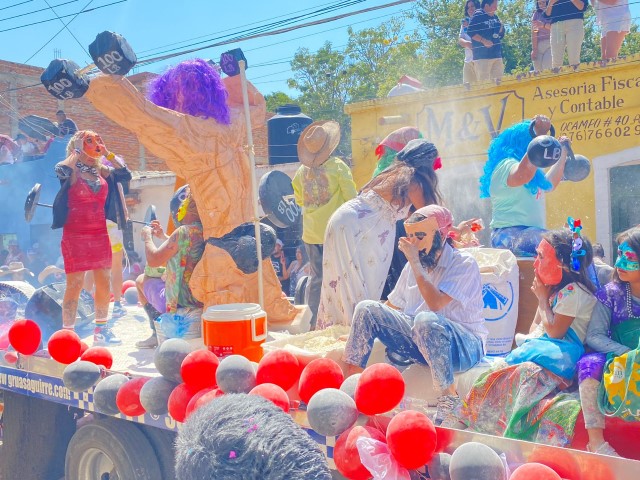 This tradition it is believed to have been born several decades ago, some say in the 60s, its origins go back to a pre-Hispanic legend that was told from generation to generation, a tradition persisting that continues to attract more people to dress up and be part of the parade and the fun with time of the years. 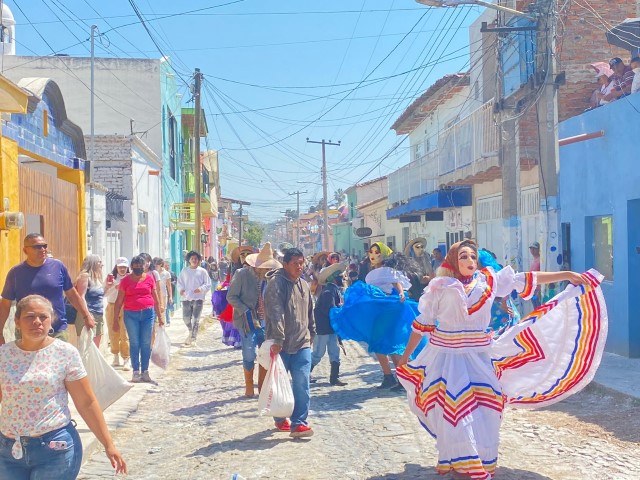 All these characters are the local people that continue to maintain a tradition that makes Ajijic particularly special. 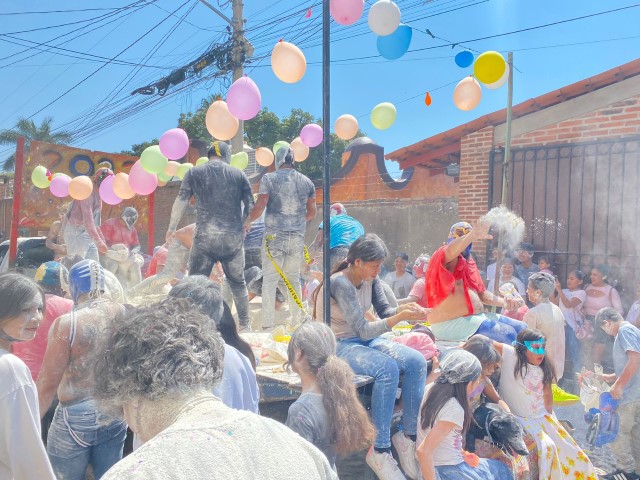 These festivities started in the early 1880’s this tradition become stronger and more popular with the passing of the years, it mainly started to unite all the locals, the celebration has been adapted with the course of time until reaching the present day. 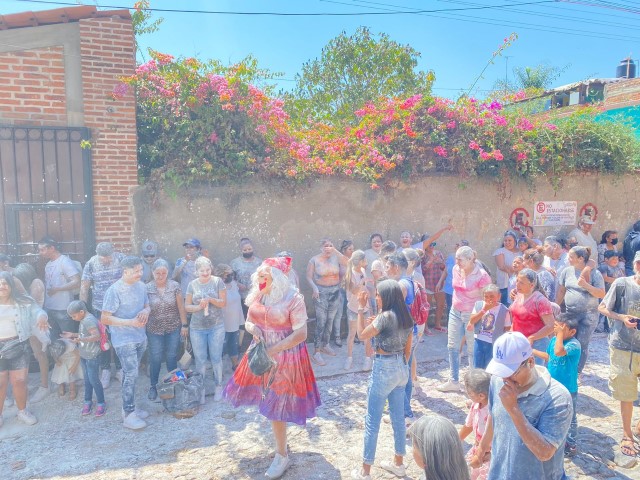 The goal of this tradition is that the carnival festivities are experienced in a big way, whether it’s done in a small town or in a city. The common denominator is to end the sadness, be extremely happy with friends and family and began with a party filled of music, food and dance. 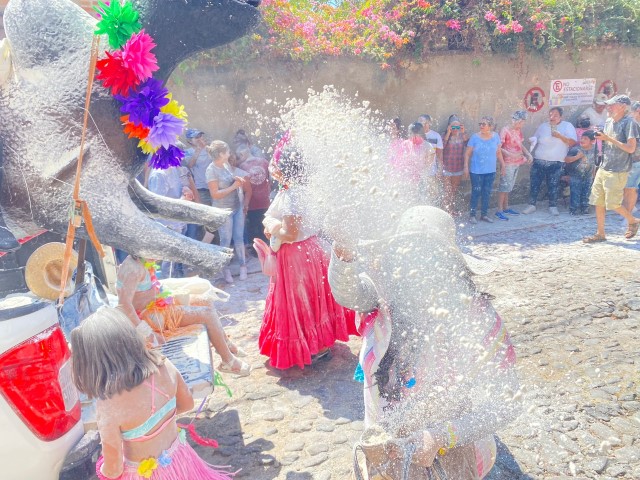 Access Lake Chapala enjoys being part of all the traditions and encourage all the new commers to the Lakeside to become part of this magical traditions that will embrace you to the Mexican culture and make you feel part of every celebration. We invite you to share with us this magnifically experience and enjoy as we do of all that the lakeside has to offer.