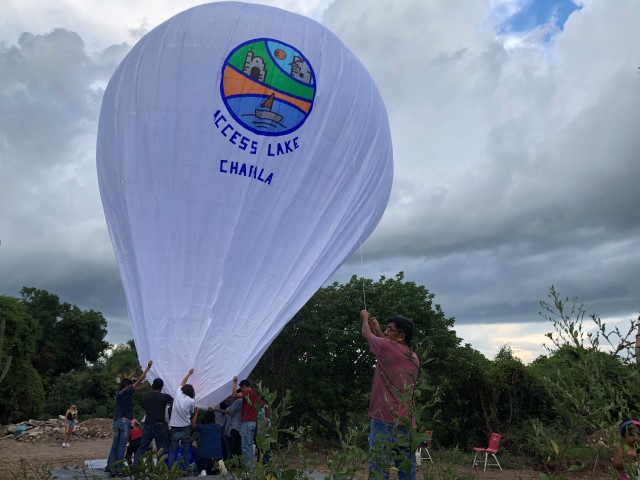 Due to COVID19 pandemic this annual event was cancelled, however Access Lake Chapala had invested into making our balloons in February before the pandemic hit, not knowing if the event was going to be canceled the balloon continued to de made. Early September it was announced that indeed it would not take place. So Access organized launching from a safe zone on the official day it would have taken place. 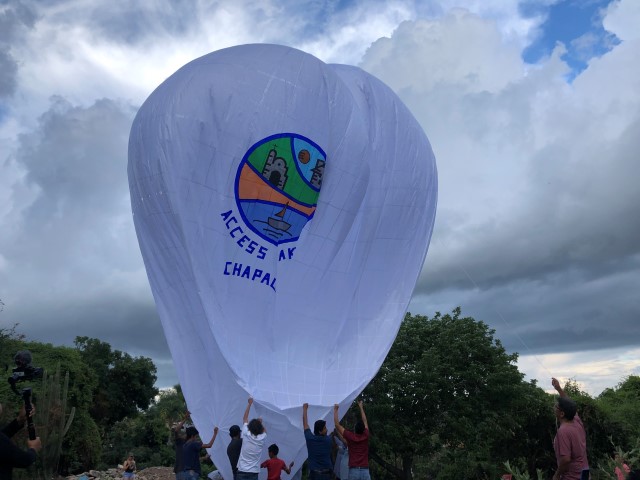 Those who follow us know that every year several local businesses and families get together to enjoy the hot air balloon (“Ajijic Regata de Globos”), this event marks the end of the rainy season and the summer events filling the Ajijic skies with colorful balloons year after year framing the region’s patriotic celebrations. 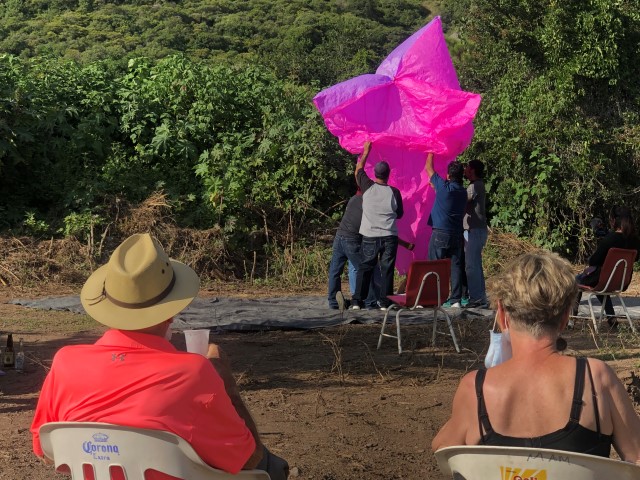 This annual event is held every year in Ajijic in the Cruz Azul soccer field east of Plaza Bugambilias, a tradition since the early 1960’s kept trough time. A strong tradition persisted by the towns people of Ajijic and Access Lake Chapala that work hard to maintain its culture costumes with annually events creating a family atmosphere celebration to inspire the community, filling the beautiful skies with many shapes and colors. 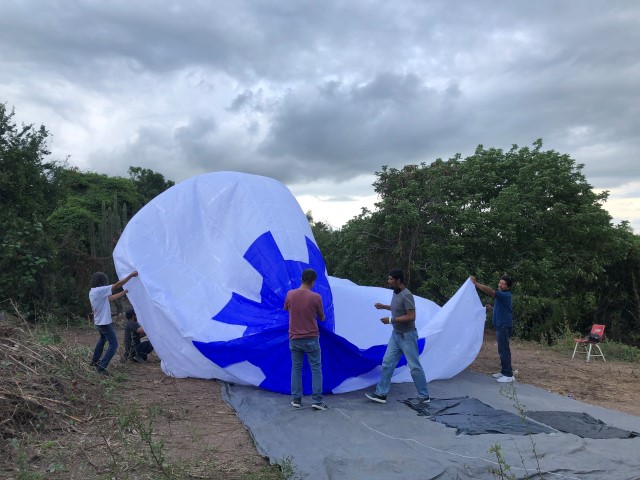 This year on September 12th it took place in Monte Lalo, located in San Antonio Tlyacapan due to the event cancellation as mentioned before. Taking all safety precautions established, we want to thank Lalo for sponsoring the location and supporting the community to maintain its yearly celebrations and traditions. 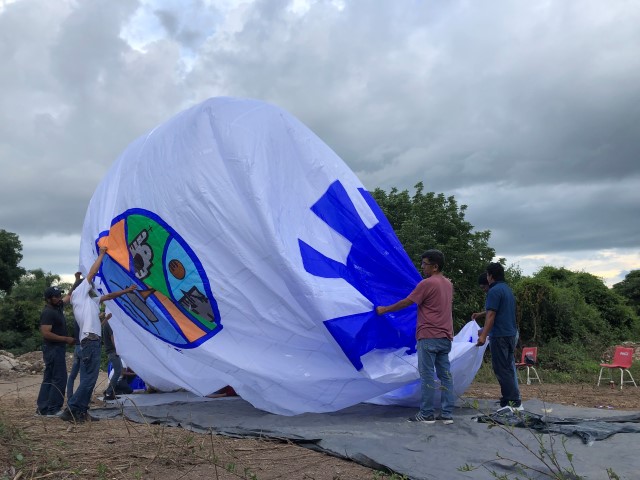 Above we can see the process of the balloon starting to be inflated. Several men are needed to hold it up so the wind does not destroy or cause rips in the thin paper that holds it together.

After several minutes of inflating the balloon with hot air, it slowly starts taking shape and becoming larger and larger by the minute. 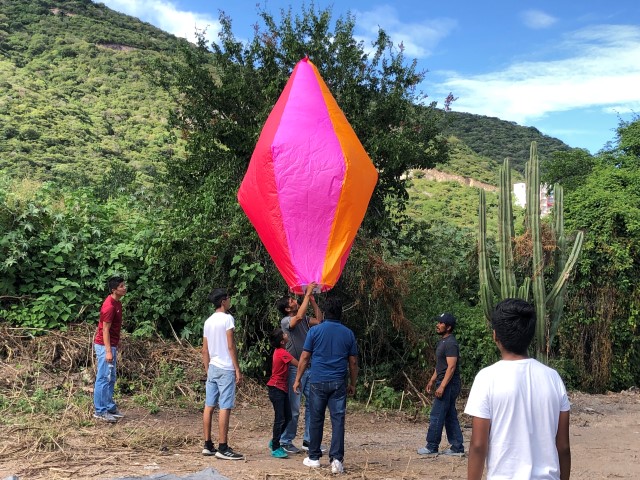 The balloons are lateeners built from hundreds of colorful pieces of china paper, made in shapes, characters and forms reaching up to 30 feet high or more, the balloons are built to rise in to the sky. There were about 5 of them made, the largest being the official “Access Lake Chapala” balloon. 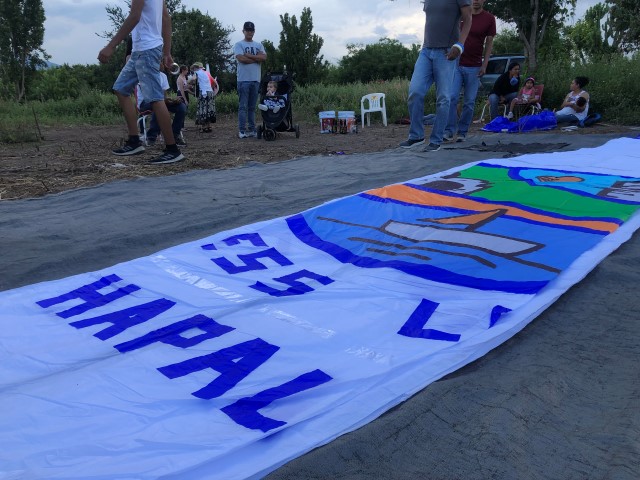 The elaboration of these balloons can take from one to several week or even months, depending on the size, basically there is no limit on the production, during the last years balloons have been seen elaborated with up to 600 sheets of paper which increases the difficulty to blow them up into the sky. 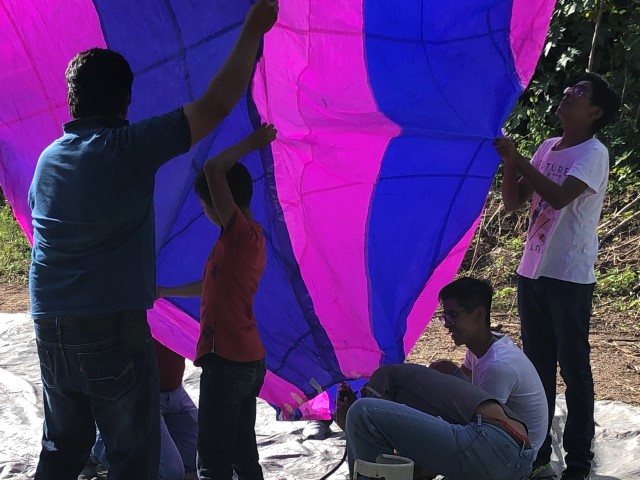 The formula to make one of these balloons is very simple and has been the inheritance of past generations to new generations, in terms of materials you only need colorful china paper, paste or white glue, reed wire for the mouths or supporting rings and cotton cloth that covers the ring and give shape to the torch. 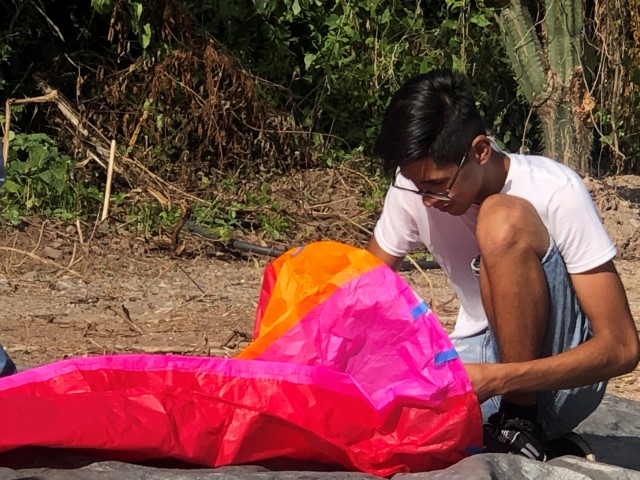 Lighting each balloon and getting then in the air involves several members of each team. To lift them up, they use propane torch’s directing the hot air in to the supporting ring to rise them off the ground and flying them into the beautiful Ajijic sunset. 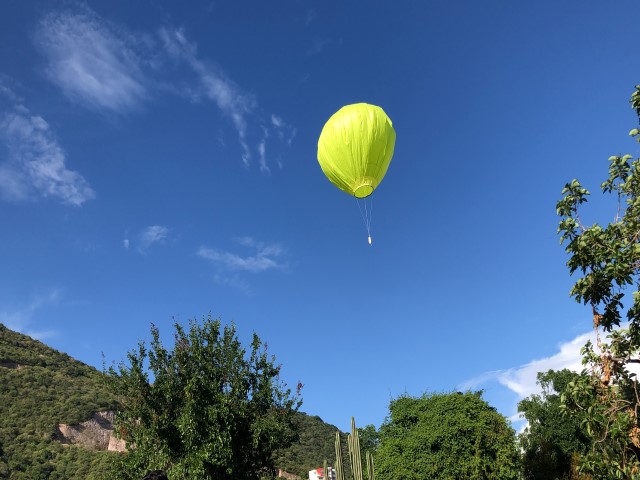 It’s quite a spectacle event to see! We hope to see everyone next year if COVID permits. 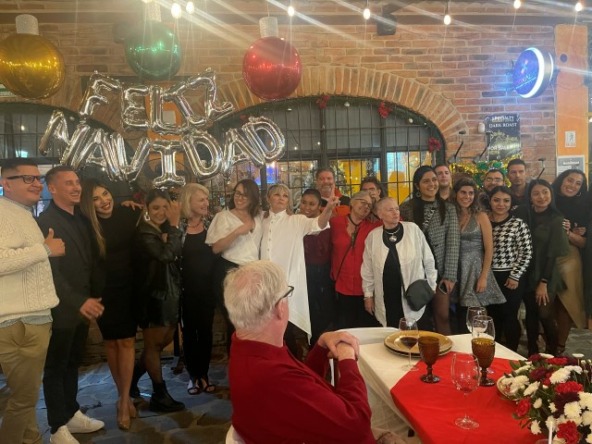