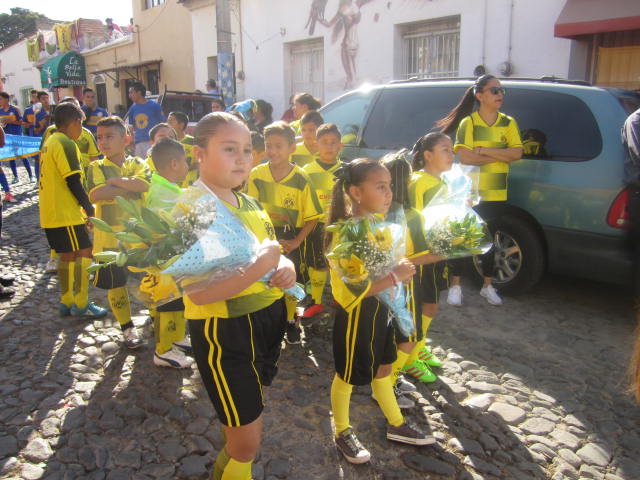 Revolution Day is always the third Monday of November. This year it happened on November 20th which is the day it began on November 20th in 1910. It was a revolt against president Porfirio Diaz. He was president for thirty five years from 1876 through 1911. He had a stranglehold over the country, taking everything away from the poor Mexicans and giving all the riches to himself and his friends.

In 1910, Francisco I. Madero opposed Diaz in the election.  Diaz jailed him. He escaped and issued the Plan of San Luis Potosí on October 6, 1910. That plan declared the election of 1910 fraudulent and said he was the provisional president.

He called for Mexicans to rise up against Diaz on November 20, 1910. So this is the date officially called the beginning of the revolution.

He wrote. ” Throw the usurpers from power, recover your rights as free men, and remember that our ancestors left us a heritage of glory which we are not to stain. Be as they were: invincible in war, magnanimous in victory.”

This parade is always filled with marching children of all ages. The ones marching in the above photo are pretending to be the emergency services. You can see that they are dressed as doctors and firemen and carrying stretchers.

The Revolution lasted for ten years. Francisco Madero led the revolt and was elected president in 1911.  Then he was assassinated just two years later. Pancho Villa was a legendary hero of this war, stealing from the rich and giving to the poor. He led the revolt in many battles.

I am switching back and forth from history to present times. Who could represent the present more than the children? The little girl in the above photo was wearing her best dress. She was hurrying to the parade but stood long enough for me to take her picture.

During the parade, this group of children sat around at various times and danced. The little girl in the middle of the circle was doing a traditional dance.

The older children danced in couples. Some of the girls had baby dolls strapped to their backs. I enjoyed seeing the beautiful costumes and hairdos.

As the parade arrived at the center of town, there was a bottleneck and it became extremely crowded. Check out the faces of the children in the front. They are not happy about getting stuck and having to stand in the hot sun for a long time.

The float was also stuck in the bottleneck. At least the people on it did not have to stand up.

But check out the expression on these two children. They were not happy about being stuck.

The group in the above photo were carrying flags the colors of the Mexican flag. Red, White and Green and they stopped from time to time to wave them around in various tricks.

Above are children doing a brief performance with balls. Again, the importance of soccer is always present in these parades.

This was a long parade and there were a couple of marching bands. I managed to get this photo of one of them.

Now a little more about the history of the Revolution. It continued until 1920 when Alvaro Obregón became president. Porfirio Diaz left office and went to Paris where he died in 1915 at the age of 85.

One of the mottos of the revolution was Sufragio Efectivo. That means Suffrage, No Reelection. After 35 years of having Diaz in power, they did not want that to happen again. So this slogan means that presidents can only serve one term of six years and cannot be elected again.

Above is a photo of the bottleneck in the middle of town. I had a hard time walking out of there. But now more about the revolution. Another slogan that was popular during it was, Tierra y Libertad. That meant Land and Liberty. At that time most of the land was owned by a few wealthy people. It took many years for that to change.

The horses came last for obvious reasons. Above were two dancing horses. I love to watch them dance. Often I see cowboys practicing with their horses, dancing on the beach by the lake or in empty fields. Teaching horses to dance is serious business in this area.

Above was a group of cowboy on their horses. They were stalled too.

I like this photo because the horse almost backed right into me. I got a pretty good closeup and managed to avoid that happening. Plus, the cowboy smiled at me.

Above are more cowboys and the Escaramuza Charra, the girls that wear beautiful skirts, ride sidesaddle and perform by riding towards each other in intricate patterns. It is fasinating to watch and sometimes scary when they almost run into each other. Sometimes they do run into each other but not often.

We are now at the end of the parade. Until next year, Adios to all of the wonderful young people who walked in it or rode on floats, horses or in cars.  To the future of this country, I salute their wealth which is their young people.