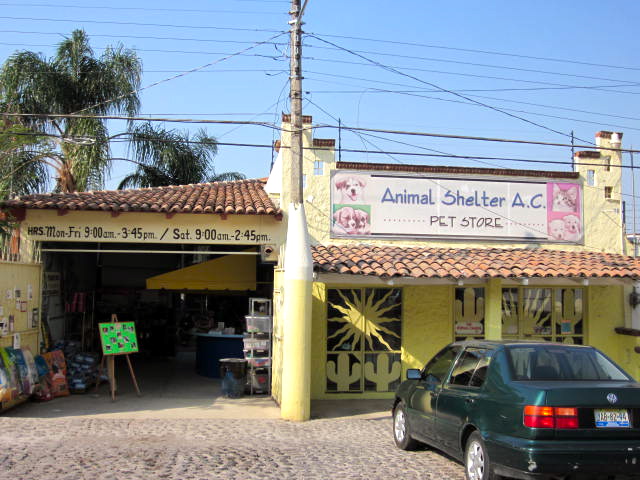 Mexico has more than it’s share of unwanted dogs and cats. Fortunately for the animals in the lakeside area, there are many hard working and devoted people associated with the Animal Shelter, doing their best to help alleviate this problem.

Many towns in Mexico have mangy and starving animals wandering the streets. Because of the tireless work of the animal loving people here, that isn’t often seen on these streets. Unfortunately, people still heartlessly dump their unwanted dogs and cats at the front door of the Animal Shelter when it is closed. They tie the dogs up to posts or just leave cats and kittens in boxes, hopefully to be found alive in the mornings by the people working at the shelter.

Barbara Hess is one of the workers at the shelter. She is in charge of the cats and kittens. She has been living in Mexico for thirteen years and working with the shelter for ten years. I followed her around while she tended to the kittens.

She is an extremely busy woman. No time to sit and chat. The cats are now almost at full capacity. There are twenty-eight of them. Their capacity is thirty. This keeps her running.

There are separate (free-roaming) cages for the kittens and the cats over three months old. There is also a foster care program where cats or kittens that need special attention can stay for awhile. There are three homes in the local area where they can go.

When the cats first come into the shelter, they are tested for feline leukemia, deflead, dewormed and put into isolation for five days. Rarely are they put down. This only happens if they arrive with feline leukemia, which is highly contagious and incurable, arrive with some other contagious or dangerous disease,  if they develop chronic illnesses or if they become antisocial from being in the cage for too many days (usually any time after 180 – 200 days).

Sometimes people leave (very young) kittens at the door and there is no way the shelter can care for them (unless a foster mom has room).

All cats adopted from the shelter must be spayed or neutered. This is done in-house at 6 months of age, but for younger kittens a deposit is taken to guarantee that when the kitten is old enough the adopter will have the surgery done. The shelter provides a 50% discount card (applicable at the vet clinic next door) and will refund this deposit guarantee when proof of surgery is provided. For Mexican nationals there is a slightly different process.

It costs the shelter at least 500 pesos to get a kitten ready for adoption, but the minimum adoption fee requested is only 150 pesos . To help defray the shelter’s operating costs, the pet food/supplies store on site (owned by the same person but operated as a separate legal entity) donates all its profits to the shelter, which is a registered charity, to care for the cats and dogs in its care.

The day I was there, Susan Elliott was adopting a beautiful white cat named Mika. Mika has been at the shelter for 235 days. This is unusually long for a cat. They don’t like to be in a group cage that many days. After 180 days they sometimes freak out and then become sick, and die if they can’t be placed quickly then sadly euthanasia is the only option . Mika was lucky. Susan was adopting two cats that day.

The shelter for the cats has been open since May of 2001. Geoffrey Kaye owns the shelter and the store. His wife Kiki has an art gallery in front of the dog shelter and a percentage of the profits from the sale of her work goes to the shelter.

There are from five to fifteen cats adopted out every month. There are two Mexicans working at the cat shelter. Five Mexicans are employed at the pet store. There are also volunteers who come in and help with the cats. Sometimes people just sit in the cages and play with the cats.  Not a bad way to spend a few hours.

There are also many exotic birds at the cat shelter. They belong to Geoffrey and are not for sale or adoption

The hours of the store and cat shelter are:

They belong to the WSPA (World Society for the Protection of Animals) . All the profits from the store go to the shelter. They have the best prices in the area and a huge variety of products.  They accept credit cards. Why not buy your pet supplies there and help the unwanted animals at the same time?

Across the street from the store and cat center is the dog shelter. They can only accept a limited number of dogs because the barking upsets the neighbors. Maci Granucci has been the director for five and a half years.

I talked with one of the desk volunteers. He helps with the adoptions and does some of the paperwork for the dog shelter. His name is John Kading. His wife Ruth walks the dogs. John and Ruth have been volunteering at the shelter for four and half years. They came to Mexico in 2006 from Seattle.

There is an employee who feeds the dogs and cleans the cages. She comes in everyday. The dog shelter is open from:

They are also going to be closed on Wednesdays in May and June because they don’t have enough volunteers to keep it staffed. There are twelve desk volunteers and many other volunteers who come in on an irregular basis

Sometimes people just stop in and take the dogs for walks. Everyone is welcome to enjoy a little dog love anytime they are open.

The dogs also have to be spayed and neutered. That costs fourteen hundred pesos but there is a discount if someone can’t afford to pay. The same rules apply to dogs under six months as to cats, with the same 50% discount card being offered.

On average, twelve to fourteen dogs are adopted out each month. If people are really unhappy with their dog, they can return them within two weeks. But this is discouraged. It is very stressful for a dog to be returned, as you can imagine.

John has taken over the job of writing an article about the shelter for the Lake Chapala Review every month.  He puts on photos of the animals waiting for homes. He is starting a new program, which he calls Super Saturday. If you go into the shelter the fourth Saturday of each month and ask for Super Juan, you will get the dog that has been there the longest for free. Sounds good to me.  Luna, a beautiful black dog, is up next.

They will keep dogs as long as it is necessary.  Once they had two dogs that were there for 359 days. Unfortunately, dogs, like cats, don’t like to stay in cages for that long. Sometimes they become aggressive and then they have to be put down. But rarely do they put the dogs down.

The art gallery at the entrance to the shelter is filled with beautiful art works done by Kiki Kaye. Part of the proceeds from the sale of her work is donated to the shelter.

Give yourself a treat. Take a dog for a walk. Better yet, take one home and have a friend for everyday of the week.

11 thoughts on “The Lakeside Animal Shelter & Pet Store. Adpot a Dog or Cat”