A day trip around Lake Chapala to San Luis Soyatlan 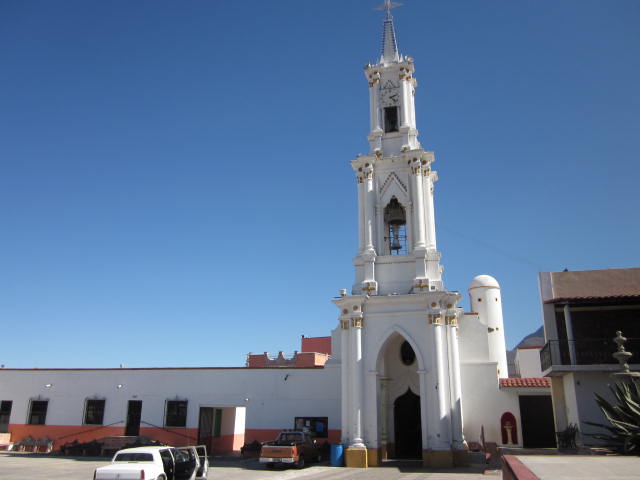 I have lived here for almost four years and have only been around the lake once. It wasn’t much fun because in the first town the bus wasn’t coming for four hours. I had to pay a local person to drive me to the next town in order to get another bus. It was a long, exhausting trip. It took all day. So I had no desire to try it again until my friend suggested that we visit with her friend in San Luis Soyaltan.

It is easy to get stuck in a rut and not venture out to new places. I have heard that many Mexicans living here have never even been to Guadalajara, which is less than an hour away by bus. The buses come by every half an hour. When life is good in one place, why go somewhere else? When I was in my fifties, I had a desire to travel around the world. I never had the time or the money for that trip and now that I am in my sixties, I no longer have the desire or the energy. You know the old phrase, if it works, don’t fix it. Well, since I am happy here, why travel around the world? But going to the next outlying town is only a one-day trip. I needed to be more adventurous.

It takes about forty-five minutes to get to San Luis Soylatan from Ajijic. We met our guide at a restaurant on the main street and had a delicious lunch. The price for the lunch was much less than what a similar lunch would have cost in Ajijic. Our guide said that the further you go around the lake, the cheaper the prices for everything.

After lunch, we drove to his house. It is just outside of town. He rents a beautiful brick home with a view of the lake and a huge back yard. His rent is only two hundred and twenty five dollars a month. This is a three bedroom, two-bathroom home with a huge front and back yard. It is very quiet there. No trucks go into his neighborhood blasting out gas or water or any other things for sale. But it would be essential to own a car because the bus doesn’t go out there either. They go by the town several times a day but not out to his house. (The two meals in the photos cost less than five dollars each)

The town is very old and there are many adobe buildings in it. There isn’t much crime. In the mornings there are many people buying and selling but by the afternoon it is almost deserted. As you can see by the photo of the tire store, the town isn’t into making big impressions on tourists. It is a working class town.

Our guide says he is the only Gringo living in the town and he doesn’t speak Spanish (learning spanish in chapala). His solution is to teach the entire town to speak English. He teaches classes several times a week.

Other than that, he just relaxes around his house. Sometimes he drives into Jocotopec to shop or meet with friends in the local coffee shop. He knows all the special places to buy his favorite foods. He admitted to us that even though he is a Gringo, he doesn’t like Gringos much. He hates the social scene in Ajijic. So, he lives far away from it all. He seems to have a good life. I don’t know if I could live so isolated from my friends. To each his or her own.

There are going to be a few more photos on this entry than I usually put on because there were so many interesting things in San Juan Soyatlan. After our lunch we all got into my friend’s car and he drove us through the town. There were six of us in his big old luxury car and we often scraped bottom. He didn’t seem to mind. He took us to the main plaza and the church. I was impressed by the beauty of the church, especially for such a small town.

The plaza was across the street from the church. We were told that in the mornings it got extremely busy. It was fairly quiet when we were there in mid afternoon. It was inviting. If I had been there alone I would have walked over and sat under one of the shade trees for an hour or so.

The ice cream shop was across the street from the plaza in a beautiful building. If I go back there I want to go inside and see what flavors of ice cream they have. It looked as inviting as the shady plaza.

We all piled back into the car and slowly went through the rest of the town, scraping bottom on and off all the way. There were times when I thought I should have gotten out to lighten the load. Also, I once again considered starting a diet. Two other outdoor restaurants were pointed out to us. I bet they are busy in the evenings.

We went through some neighborhoods and I took photos of various houses and stores. I loved the casual feel of the town. No Gringo social scene there.

Our guide stopped and said hello to many of the Mexicans in town. I got the feeling that he is well liked, even though he doesn’t speak much Spanish. Much of communication is nonverbal anyway and he has an easy manner. He fits right in with the town.

We went out to see his beautiful three bedroom, two-bath brick home. It has huge yards and views of the lake. I am not putting on photos of his house for the sake of his privacy. You will just have to believe me when I say it is a real bargain for $225 dollars a month rent.

After seeing his home we drove to the malecon. Every town in this area has a malecon. It was nice and clean. It hasn’t been built long. We were told that after it was built it flooded but it was quickly fixed again. There is a play area for the children and a library a couple of blocks away.

Our guide told us that Glenn Yarbrough raised money for the library. After it was finished he contacted his friend Bill Gates and asked if he would donate some computers. Bill Gates sent down the computers and there is a sign over them in huge letters saying they were donated by Glenn Yarbrough. In small letters below that it says, also donated by Bill Gates. I guess Glenn Yarbrough is more popular there than Bill Gates. Maybe that is because Glenn is a local. He lived there and owned a home for a long time. Recently he sold his home. I didn’t see it because it wasn’t near where we were site seeing.

Another reason I mentioned Glenn Yarbrough is to point out that even wealthy people love San Luis Soyatlan. I can understand that. It is a charming town and I bet for someone so famous as Mr. Yarbrough it was nice to be away from public display all the time. If I had a mate, I would definitely consider moving there. But it is too isolated for me. I need to have more stimulation. Also, I would need a car and I don’t want that hassle.

We drove back into the town and went to a house where they manufacture embroidered cotton clothing. We never would have found it without our guide. There are no signs in front of it. You wouldn’t know it was anything more than a home from the outside. But once inside there is a lot of activity.

The little girl in the above photo is not a child laborer. She is just there with her mother. I love the way the Mexicans allow their children to go to work with them.

There were two goats in the yard and they were very curious. When we were in the house they stuck their heads in the window to see us. Can you imagine shopping in a store in the States and seeing goats gazing at you through the open window?

We decided not to rummage through the huge piles of clothes to find things to buy. I think by that time in the day we were all a little tired and so many clothes were overwhelming. Maybe on my next trip I will take the time to look for a blouse. They are beautiful.

After our visit to the clothing store we went back into town and got into our own cars. I hated to leave because there were many more interesting things to see. I will have to save them for another time.

As we were driving back to Ajijic, I thought about what qualities a person would have to posses in order to be happy living there. Number one quality would be independent thinking. People who can create their own realities and not care about status and a social scene. Maybe that is why people who have made it in the world enjoy living there. They have those qualities .Outside the box thinkers. From what my friend told me about our guide he was one of those self-made men.

Like I said at the beginning of this entry, I am not nearly as adventurous as I was ten years ago. It is too easy for me to just continue on my same old routines and not take risks. It takes a special kind of person to go out away from the comfort of an established Gringo community and live among the Mexicans. I admire people who have the imagination and courage to do it.

We drove back through Jocotopec and I took more photos from the car as we past all the restaurants along the water. I will write about them another time.

I like the cross that is at the west entrance to Jocotopec. It exemplifies two important aspects of that area, religion and agriculture.

Visit Across Lake Chapala to the Driscolls Jocotepec Raspberry Farm