Best Weather in the World

Where is the Best Weather in the World?

When I started writing today, it was raining. Now the sun is shining so brightly that I pulled the new draperies closed. This is summer in Mexico, rainy season in the sierra.

Lake Chapala and it’s near by towns such as Ajijic are often said to have the best weather in the world, second to Kenya Africa, which is considered to by the best climate in the world . But “perpetual spring” is a misnomer. We have weather here – all four seasons. 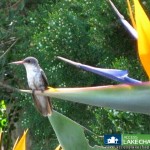 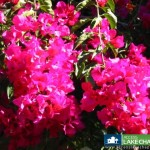 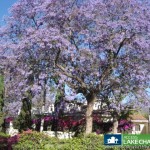 Up North, we all looked forward to spring, the end of chilly winter days and blowing snow. Remember those weather maps with the giant “U” dipping down from Canada into the central US all the way to Texas? Well, those weather systems chill central Mexico, too.

Although I gave away my warm down comforter when I moved here, I ordered a replacement after experiencing winter nights in Chapala. Nights get cold in December and January, all the way down to the upper 40s! Days are kinder, though, often as low as the 60s.

See pictures of every month of the year in Chapala

Gradually, things warm up again and we lose those exotic visiting birds that winter here and show off their glorious colors and songs. The Monarch butterflies begin heading north toward milder weather there. 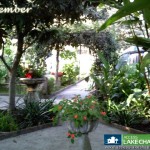 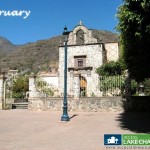 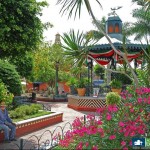 Spring in the sierra

Spring begins in February. We’ve had dry season weather for several months by then, and bird baths are an important part of our yards because we get to watch nature at work. Kiskidees are large enough to act as “the guys in charge” at the bird bath so they all get a chance at clean water for drinking and bathing. I water my garden with great pleasure, watching Mexico bloom with warm-season flowers. We have flowers all year round, but spring is when the birds set up housekeeping and their songs are a delight.

As April approaches, days get warmer yet, and by May we have 90-plus degrees. Yeah, but it’s dry, they tell you. That’s true. And I personally like it, but I wilt right along with anyone else who’s walking to “run errands” and to keep fit. May is our summer, by far the hottest month. 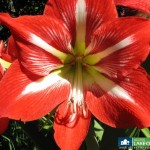 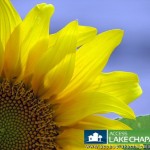 June brings the start of rainy season. Every year presents surprises. This was a La Niňa year, and the rainy season began with a mighty bang! We had storms, violent winds and crashing thunder following spectacular displays of lightning over the lake. We rushed around to turn off electronics, close windows and line up candles for the inevitable blackouts, some of which lasted all of two or three hours, long enough for a good game of cribbage – or your favorite game – played in the warm glow of candlelight.

Finally the storms subsided in intensity and the normal summer rainy season settled in, with rain at night, sunshine during the day and glorious puffy white clouds drifting over the mountains. Temperatures sometimes reach 80 degrees, while at night it’s cool enough to require a light blanket. Towards late afternoon, the clouds become a little grayer and, as the temperature drops, we hurry our errands and rush home before the rain starts up again.

Sometimes on rainy nights, we lose our satellite TV. I hate it when that happens, don’t you? The overcast is usually heavy enough to scramble our picture for only a few minutes. 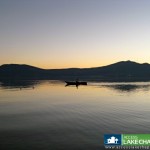 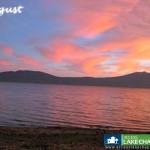 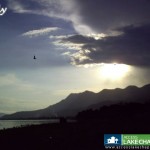 I thought that rainy nights might be inconvenient for attending functions when I need to dress up, but knowing what to expect somehow offsets the inconveniences, so I carry an umbrella or wear a light jacket with a “hoody.”

And the reward for the rain’s inconvenience is that the hills turn green and flowers flourish everywhere, especially the bright and omnipresent bougainvillea.

Most people favor autumn in Mexico. It’s still warm during the day – up in the 80s – but you need a light sweater or jacket at night. It depends on where you are, of course. Here at Lakeside, we need a jacket.

At beach resorts, I breathe in the warm fall evenings and sigh with joy. But then, again, the beaches get hurricanes, and at Lake Chapala we don’t. All we get when a serious hurricane passes by the coast is an overcast sky and a bit of rain, but the rainy season hasn’t completely wrapped up yet, anyway. Inland we can feel the beginning of the dry season, and people with allergies sleep like angelic children. 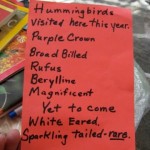 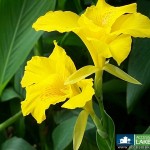 Poco a poco. Little by little, as cooler temperatures bring winter back to Mexico, the snowbirds return to Chapala for the mild winters we, who live here year round, take for granted. Book your trip early. The holidays will be wonderful. (Article By Kay Davis)